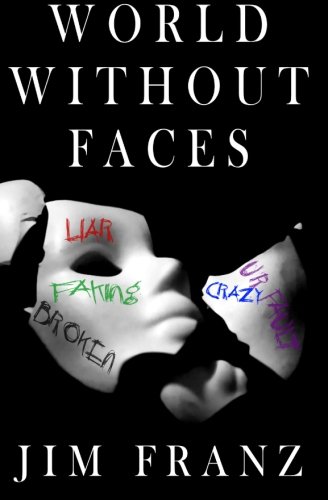 So I had the extremely great pleasure in recently reading Jim Franz' book World Without Faces and I have to say that this book blew me away.

It was so much more than I was expecting. It was original and so well written.

It sucked me right into the story and I became engrossed with the plot and the characters and before I knew it I was done with the story and was left a little sad because I wanted more.

I love when I find books like that, the ones that you can't stop reading and that surprise you with the twists and turns and just the whole experience of reading it.

After reading it I just knew that I had to speak with Jim and ask him some questions about his work and the book.
He graciously accepted my offer of a little interview and below are my questions and his answers.