Synopsis:
My will to survive is the first thing to drown.
I know, because I hold it under myself.

After facing severe tragedy in life, Madeline assumes her death will be easy.
But the angels do not come to take her to Heaven.
Instead, what retrieves her is something she never expected: a gargoyle.

Delivered to Truce, the King of the Gargoyles, Madeline now has choices she never wanted. She has the ability to take over the entire Gargoyle Kingdom, if she is willing to kill the king. However, looking to prevent takeover, Truce transforms Madeline, thereby granting her the ability to achieve the thing she wants most—death—if she can just find the human recipient for the Gargoyle Gift that she now has to give. It should be easy.

But lives, whether they are lived or not, are seldom simple, and Madeline’s past still stands in her way. Now, only a voyeur in the life of The Boy with the Golden Rod Voice, Madeline’s must reconcile her own life and death, if she ever hopes to have free reign of her soul.

NEW ADULT, may not be suitable for young adult readers
GENRE: DARK FANTASY 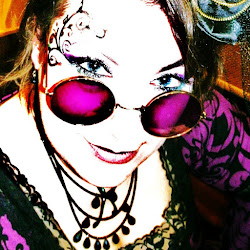 
I can't help it, I really liked how this one started out. So sad and forlorn, so mysterious and dark. It fit the cover beautifully.


This was one of those stories that completely took me by surprise. I learned to expect the unexpected.


I haven't read a lot of books about gargoyles, in fact this is only my second but I am really liking the different-ness of it. That it is something new in the YA genre.


This was definitely darker feeling, not goth, just dark. A little depressing at times as the main character tells her story. You know that something bad must have happened to her, after all, she wanted to die, in fact, she even tried to kill herself, so yeah, I knew this wasn't going to be a fluff read and it wasn't.


It wasn't all dark though either. As Madeline's story starts to unfold throughout you understand her and some might even be able to relate to her. She didn't always have it easy. She fell in love and that love was her downfall.


I don't want to get into specifics because it will just give too much away. But Madeline is a strong character. One that isn't at first but grows as the story goes. Learns to deal with things that she never though she would. Really goes from being a child to an adult and has to make decisions about others and herself that she never wanted to deal with before.


Misty did a fabulous job with her growth and making it happen in such a way that it was totally compelling and unique. The details of the story and characters were rich and made you feel like you were there along with them and a part of the story.


If you want something very well written and not the norm right now in the genre, I highly recommend Mercy to you. If I hadn't already purchased Misty's other books I would have after finishing this one.


She really knows how to suck you into the story and want to keep reading.