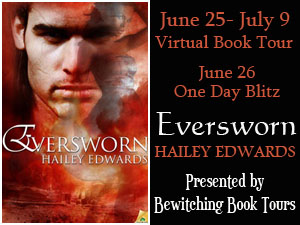 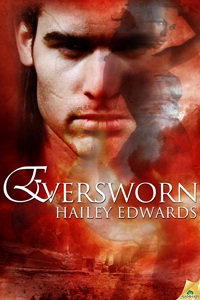 Steal the salt. Bind the grimoire. Escape the male.

When an exchange of stolen goods in the Feriana marketplace turns sour, Isabeau stumbles from the encounter bruised and laden with new orders to complete an even larger heist. With her child’s life at stake, there’s no room for error—or allies.

Armed with a lethal book of spells, she strikes a dangerous bargain with Roland Bernhard. Steal a shipment of salt from the Feriana colony, and she’ll have her freedom—and her daughter. It’s all she’s ever wanted. At least it was…until she runs into Dillon Preston.

Dillon is out of commission after a mine explosion, and itching for a distraction. He gets it when the female who saved his leg arrives at the colony with nothing but flimsy excuses and even flimsier attire. She’s after something, but is it him—or the salt?

Trapped in a desperate bid to gain true freedom, Isabeau is willing to sacrifice her life for her daughter’s, but Dillon has other plans. He wants a package deal, and he’s not willing to lose either female, even if it means the future king of Sere’s head will roll.

Warning: This title contains a heroine desperate to save her daughter and a hero determined to make them a family. It also includes wings, horns and other assorted appendages.

Hailey is a wife turned mother turned writer, who loves her husband, her daughter and alone time with her computer. Whenever southern living strikes her as too ordinary, she can be found squinting at her monitor as she writes her next happily-ever-after or with her nose glued to her Kindle’s screen. Wings and/or cupcakes are usually involved…

She loves to hear from readers. Drop her a line here.

You can also swing by her blog or subscribe to her newsletter for all her latest news.