Not only is today's post perfect for Halloween because it is all about the fantasy, but it is also all about time travel, one of my favorite topics to read about and come on, check out that gorgeous cover! Isn't it fabulous?

I have debut authors Tyler and Sherry here today to tell us a little about their new book Extracted and they even have not one but two awesome giveaways to offer  so be sure to check them out as well at the bottom of the post.

First let's learn a little about their book and them.

Also, be sure to stop by and check out Heidi's post at  Rainy Day Ramblings: With author Andrea Colt and her book Wavecrossed. Welcome to the war. The Tesla Institute is a premier academy that trains young time travelers called Rifters. Created by Nicola Tesla, the Institute seeks special individuals who can help preserve the time stream against those who try to alter it. The Hollows is a rogue band of Rifters who tear through time with little care for the consequences. Armed with their own group of lost teens--their only desire to find Tesla and put an end to his corruption of the time stream. Torn between them are Lex and Ember, two Rifters with no memories of their life before joining the time war. When Lex's girlfriend dies during a mission, the only way he can save her is to retrieve the Dox, a piece of tech which allows Rifters to re-enter their own timeline without collapsing the time stream. But the Dox is hidden deep within the Telsa Institute, which means Lex must go into the enemy camp. It's there he meets Ember, and the past that was stolen from them both comes flooding back. Now armed with the truth of who they are, Lex and Ember must work together to save the future before the battle for time destroys them both again. 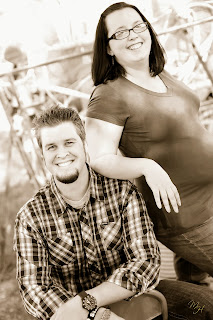 Tyler H. Jolley is a sci-fi/fantasy author and full-time orthodontist, periodontist (see: Overachiever). He divides his spare time between writing, reading, mountain biking, and camping with his family.

Sherry D. Ficklin is a full-time writer and internet radio show host with more mouth then good sense. She has a serious book addiction, but continually refuses treatment, much to her husband’s chagrin.

Tyler and Sherry met one fateful day and bonded over their love for books, science fiction, and donuts. Their first co-written novel came shortly after. Now, they still do all those other things, but also go to various steampunk conventions and events under the guise of ‘research’. They can often be found lurking on the Lost Imperials Facebook page or over on the official website, www.thelostimperials.com.

Most people don’t know that there is a kind of unofficial set of rules to publishing a book. Not writing a book, but basically if you want to publish a book, there is a preferred method—a stringent set of do’s and do not’s.

I (Sherry) had been published about a half a dozen times with small press publishers before I began writing Extracted, so going into it I had a pretty good idea of what I could and couldn’t get away with. It’s worth noting that every publisher is different, but general guidelines are pretty much the same. After bringing Tyler (kicking and screaming) on board to co-author the story with me, we settled in and drafted a quick outline then just jumped in. At one point in the book Tyler asked me to look over a chapter he’d just finished and I noticed something. At one point in the scene, he’d slipped into first person, present tense.

Holy crap on a cracker. It was awesome. I fell in love with it and even though it had been beaten into me by my previous editors (NEVER write a book in first person, and NEVER write in present tense) we went for it. Why? Because I suppose after having survived the waters of publishing for a few years I was growing bold (see: stupid) with my work. Though I have to admit, I always hated reading books in present tense. My brain was sort of programmed to read

3rd person past tense, so it was strange and oddly beautiful to see it working in this book. And I promise you, it does work quite well.

It took us about 3 months to write the book, from start to finishing the first draft. And we were in love with it. It was glorious. A miracle. I know that sounds a bit silly, but as any writer will tell you, when you write something, you fall in love with it. If you didn’t you’d never finish writing it.

Another common misconception is that once you have a novel published, you don’t have to query projects anymore. I can’t tell you how much I wish that was true. We dug in our heels and decided to shop it around. We skipped right over sending it to agents (another stupid, stupid move, but I had been going to publishers directly and I figured, why not?) and moved directly to

the publishing houses. (It’s important to note that most publishers require you have an agent to query them, so again, we were doing things the very wrong way). But I hate to the very bottom of my soul writing query letters (most authors I know do) and let’s face it, when a publisher gets literally thousands of query letters a week, it’s almost impossible to stand out in the crowd and get noticed.

So we decided to try something different. We made a query video. It’s basically a glorified book trailer that included our word count, contact info, and etc. This is a HUGE no-no. Most agents and publishers have a very strict set of guidelines on how to submit work to them (and I am in NO WAY advocating breaking those rules). It was a kind of strange, untested idea so I needed to get some feedback. I pulled out my list of dream publishers. Going through the list, there were two on it that were very explicitly closed to submissions. My thought process was, why burn a bridge on a potential submission before getting feedback on the video concept? So we decided to submit to those two publishers, fully expecting the ‘we aren’t taking submissions right now’ rejections, but hoping for some feedback on the video at least.

I honestly expected a “What the hell are you thinking?” letter from both of them. Not two weeks later, we had two requests for the manuscript in our inbox. And a few weeks later, we had two wonderful offers. At the end of the month, we had a contract in hand. I was in shock. And Tyler was over the moon. We partied like it was 1899. FOR WEEKS.

This is obviously not your typical publication story. Basically, we shot ourselves in the foot over and over and still managed to somehow end up right where we wanted to be. Luck? Stupidity? Maybe a little of both. It was really a lot of hard work and persistence. Neither of us had that kind of Cinderella story with our first books. But there is something really special about Extracted and, I like to think, about us as a team.

That was over a year ago and since then it’s been a whirlwind ride through this process, and one that we’ve enjoyed immensely. With our little rule-breaking book now in the hands of readers, all we can do is sit back and see how it’s received. Hopefully, readers will think it was worth a little rule breaking. 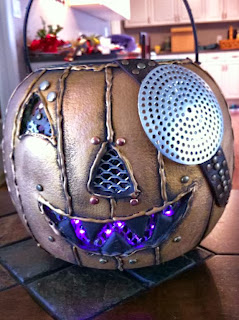 
There is also a Tour Wide giveaway going on in honor of the tour so be sure and check it out as well, they are offering up a new Kindle Paperwhite! 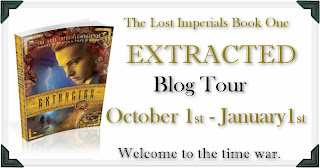