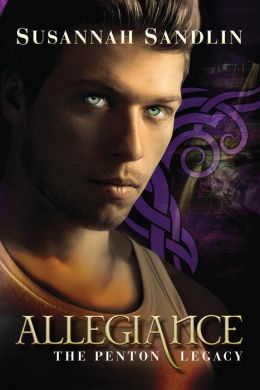 Book Description:
British vampire psychiatrist and former mercenary Cage Reynolds returns to Penton, Alabama, looking for a permanent home. The town has been ravaged by the ongoing vampire war and the shortage of untainted human blood, and now the vampires and humans that make up the Omega Force are trying to rebuild. Cage hopes to help the cause, put down roots in Penton, and resolve his relationship with Melissa Calvert. The last thing he expects is to find himself drawn to Robin Ashton, a trash-talking eagle shape-shifter and new Omega recruit.

Meanwhile, as a dangerous saboteur wreaks havoc in Penton, the ruthless Vampire Tribunal leader Matthias Ludlam has been freed on the eve of his scheduled execution. But by whom? And to what end? As war and chaos rage on, love isn’t something Cage is looking for, but will his attraction to Robin distract him from the danger living among them?

I love this series. I love Sandlin's writing, her lovable characters and most of all I love that  she never ceases to deliver an outstanding novel.

Can I even begin to tell you how excited I was to learn that this book would be Cage's? And not only would it be his but really, the whole darn towns and come on now, we even get Storm Force characters in this one (love you Robin!), what more could a girl ask for?

Now before you start scratching your head wondering how a whole town's point of view could possibly be in one book, let me explain myself. There are multiple POVs in this story but not really the whole towns, in fact, very few, but this story is about the whole town. The fate of Penton is hanging by a thread and everything that was destroyed after the last battle and the leaders, Aiden, Mirren, Will and now Cage, are barely holding on to what is theirs. But if there is one thing I have learned about these sexy men is that they don't wait for things to happen, they go out and they get results. They take what is rightfully theirs and they don't think twice about it. They bow down to no one.

How can I express how much this series is a must for any paranormal lover?

Sandlin continues to amaze me with a fast paced plot that is filled with danger, deception and swoon worthy men as well as the strong headed stubborn lovable women and because of them, I just can't seem to get enough of this series.

The ending was fantastic and I want more. No, I need more of this series. I need to see the city rebuilt and I need to see everyone settled and have that happily ever after they all deserve.

I sure how Sandlin writes fast because I am on the edge of my seat waiting for more.