Author: Erin Hahn
Series: Stand Alone
Genre: YA Contemporary
Published By: Wednesday Books (May 12, 2020)
Source: ARC Provided by the Publisher (in exchange for an honest review)
My Rating: 5 Solid Stars!!

Book Description:
Growing up under his punk rocker dad’s spotlight, eighteen-year-old Luke Greenly knows fame and wants nothing to do with it. His real love isn’t in front of a crowd, it’s on the page. Hiding his gift and secretly hoarding songs in his bedroom at night, he prefers the anonymous comfort of the locally popular podcast he co-hosts with his outgoing and meddling, far-too-jealousy-inspiringly-happy-with-his-long-term-boyfriend twin brother, Cullen. But that’s not Luke’s only secret. He also has a major un-requited crush on music blogger, Vada Carsewell.


Vada’s got a five year plan: secure a job at the Loud Lizard to learn from local legend (and her mom’s boyfriend) Phil Josephs (check), take over Phil’s music blog (double check), get accepted into Berkeley’s prestigious music journalism program (check, check, check), manage Ann Arbor’s summer concert series and secure a Rolling Stone internship. Luke Greenly is most definitely NOT on the list. So what if his self-deprecating charm and out-of-this-world music knowledge makes her dizzy? Or his brother just released a bootleg recording of Luke singing about some mystery girl on their podcast and she really, really wishes it was her?

I expected to love More Than Maybe, I did not expect it to steal my heart. The characters, the story, the music, the sheer friendship and love. This is by far the first YA book in a really long time I can say completely swept me a way in just about every way a girl, a reader, can be swept away.

And yes, dear author, I want a Phil! And a Cullen, and a Zach, and a Mia, and yes, especially a Luke!

This was so much more than I was expecting and everything I needed, when I needed it, without even realizing it. Such a sweet story that will stick with me long after the book has been read, and the review has been submitted.

*All thoughts and opinions are my own and were not influenced by the author or publisher. I was not compensated for this review.*
Posted by Kindlemom at 12:00 AM 54 comments: 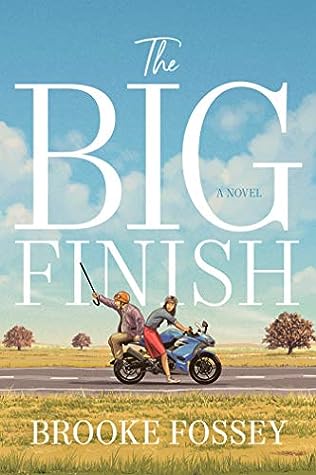 Meet Josie, a desperate young woman who climbs through his window.

Together, they’re going to learn it’s never too late—or too early—to change your ways.

For Duffy Sinclair, life boils down to one simple thing: maintaining his residence at the idyllic Centennial Assisted Living. Without it, he’s destined for the roach-infested nursing home down the road—and after wasting the first eighty-eight years of his life, he refuses to waste away for the rest. So, he keeps his shenanigans to the bare minimum with the help of his straight-laced best friend and roommate, Carl Upton.

But when Carl’s granddaughter Josie climbs through their bedroom window with booze on her breath and a black eye, Duffy’s faced with trouble that’s sticking around and hard to hide—from Centennial’s management and Josie’s toxic boyfriend. Before he knows it, he’s running a covert operation that includes hitchhiking and barhopping.

He might as well write himself a one-way ticket to the nursing home…or the morgue. Yet Duffy’s all in. Because thanks to an unlikely friendship that becomes fast family—his life doesn’t boil down the same anymore. Not when he finally has a chance to leave a legacy.

In a funny, insightful, and life-affirming debut, Brooke Fossey delivers an unflinching look at growing old, living large, and loving big, as told by a wise-cracking man who didn’t see any of it coming. 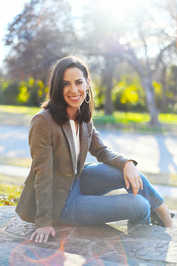 Brooke Fossey was once an aerospace engineer with a secret clearance before she traded it all in for motherhood and writing. She’s a past president and an honorary lifetime member of DFW Writers' Workshop. Her work can be found in numerous publications, including Ruminate Magazine and SmokeLong Quarterly. When she’s not writing, you can find her in Dallas, Texas with her husband, four kids, and their dog Rufus. She still occasionally does math.

Who doesn't love a feisty old man that isn't afraid to raise eyebrows and speak his mind? Someone with a heart of gold under that rugged gruff exterior? I know I for one, find them hard to resist which was why when I read the synopsis for this, had no qualms about picking it up and diving right in.

This was such a fun, emotional, and very unexpected read for me. I truly had so much fun with it and enjoyed so much of it. The characters were so real and raw and the messages about love, friendship and family, even more so.

I'm truly delighted that I took a chance and read this, I will remember these heartfelt, real, characters for a long time coming. 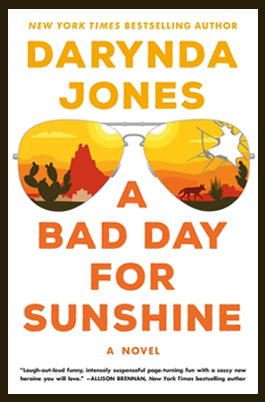 *All thoughts and opinions are my own and were not influenced by the author or publisher. I was not compensated for this review.*
Posted by Kindlemom at 12:00 AM 22 comments: