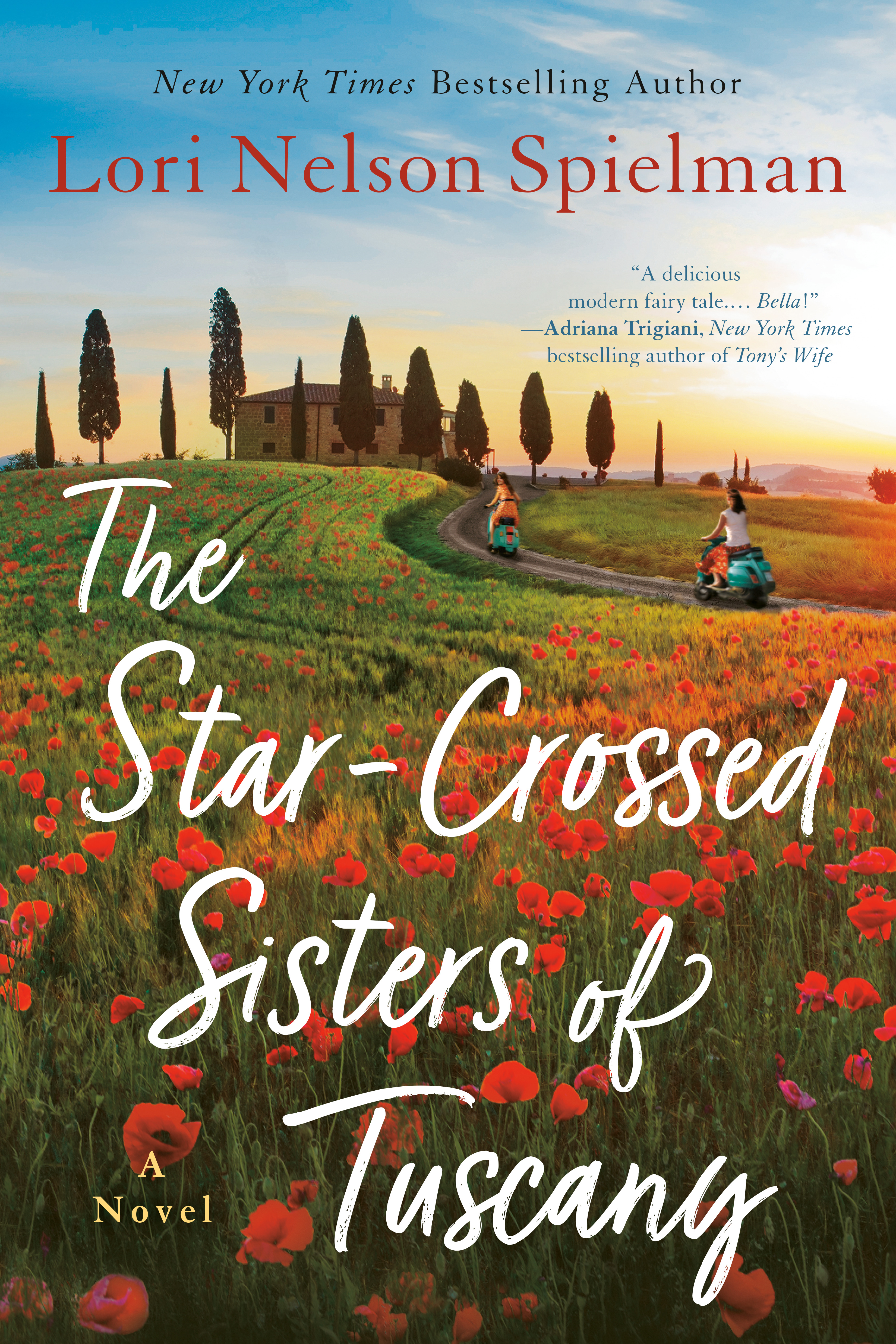 Book Description:
A trio of second-born daughters set out to break the family curse that says they’ll never find love on a whirlwind journey through the lush Italian countryside by New York Times bestseller Lori Nelson Spielman, author of The Life List.

Since the day Filomena Fontana cast a curse upon her sister more than two hundred years ago, not one second-born Fontana daughter has found lasting love. Some, like second-born Emilia, the happily-single baker at her grandfather’s Brooklyn deli, claim it’s an odd coincidence. Others, like her sexy, desperate-for-love cousin Lucy, insist it’s a true hex. But both are bewildered when their great-aunt calls with an astounding proposition: If they accompany her to her homeland of Italy, Aunt Poppy vows she’ll meet the love of her life on the steps of the Ravello Cathedral on her eightieth birthday, and break the Fontana Second-Daughter Curse once and for all.

Against the backdrop of wandering Venetian canals, rolling Tuscan fields, and enchanting Amalfi Coast villages, romance blooms, destinies are found, and family secrets are unearthed—secrets that could threaten the family far more than a centuries-old curse.

Lori Nelson Spielman lives in East Lansing, Michigan, with her husband and a very spoiled cat. A former speech pathologist and guidance counselor, she currently works as a homebound teacher for inner-city students. Lori enjoys fitness running, traveling, and reading, though writing is her true passion. She spends her winters cursing the god-awful Michigan winters, and her summers sailing the glorious shores of Lake Michigan. SWEET FORGIVENESS is Lori's second novel. Her first, THE LIFE LIST, was an international bestseller.

I love when a story can sneak right up to you and punch you in the feels and take your breath away. When you aren't expecting much of anything and yet get everything.

Such a beautifully heartbreaking tale told in a back and forth pattern of the then and the now of a family as it has both overcome and succumbed to old prejudices, curses, and struggles from a time and place when women still had very little to say in what their life would be like. A story of three strong women trying to overcome family dynamics, world issues,  heartbreak and most of all, trying to make a way in this very confusing world with nothing but each other.

This story spoke to me, made me feel and completely enchanted me with its tale.

Series: Book One in the These Violent Delights Series

Source: ARC Provided by the Publisher (in exchange for an honest review)

Perfect for fans of The Last Magician and Descendant of the Crane, this heart-stopping debut is an imaginative Romeo and Juliet retelling set in 1920s Shanghai, with rival gangs and a monster in the depths of the Huangpu River.

The year is 1926, and Shanghai hums to the tune of debauchery.

A blood feud between two gangs runs the streets red, leaving the city helpless in the grip of chaos. At the heart of it all is eighteen-year-old Juliette Cai, a former flapper who has returned to assume her role as the proud heir of the Scarlet Gang—a network of criminals far above the law. Their only rivals in power are the White Flowers, who have fought the Scarlets for generations. And behind every move is their heir, Roma Montagov, Juliette’s first love…and first betrayal.

But when gangsters on both sides show signs of instability culminating in clawing their own throats out, the people start to whisper. Of a contagion, a madness. Of a monster in the shadows. As the deaths stack up, Juliette and Roma must set their guns—and grudges—aside and work together, for if they can’t stop this mayhem, then there will be no city left for either to rule.

What is there not to love about a modern, yet not modern, retelling of the classic love story to end all love stories?

A tale so very different, it might not be similar at all and yet, so reminiscent of the original that I can't help but think Shakespeare would be proud.

Full of the fantastical, the mystical, the historical and all the awesomeness in between, this truly was so much fun to read, I devoured each page and couldn't get enough.

I had no idea going into this that it would be a series and I'm so excited after that explosive ending, where this will go next.