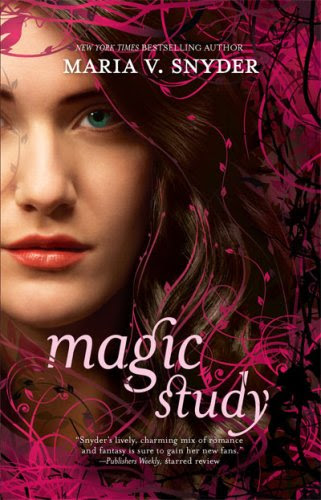 Goodreads Description:
So far, I've managed to survive. You would think after being kidnapped as a child, imprisoned in my teens and released to become a poison taster, I would have endured enough. But no. The discovery of my magical abilities—powers forbidden in Ixia—has resulted in an execution order. My only chance is to flee to Sitia, my long-lost birthplace.
But Sitia is unfamiliar. I'm treated like an enemy—even by my own brother. Plus I can't control my powers. I want to learn about my magic, but there isn't time. A rogue magician has emerged and I'm targeted as his next victim.
Will my magical abilities save me…or be my downfall?

My Review:
This is such a great unique series. I reviewed the first book in the series last week and I knew as soon as I finished the first book I would have to read the others as well.
Something about this series just seems to grab and hold of you and reel you in until you have consumed the whole book and are left looking for more.
The characters are just fabulous and so loveable.
I like how strong and fearless Yelena is in discovering where she came from and in who she is and trying to deal with magic that she never knew she had.
She is a seriously strong kick butt female character.
I loved watching her grow from this meek person who took everyone's crap to this strang capable and even fierce woman.
I loved her and Valek's romance, her family, her friends, her new friends and it was hard not to even like some of the bad guys.
I am looking forward to reading the rest of the series and to see what is in store for Yelena and her powers.
Posted by Kindlemom at 1:46 PM