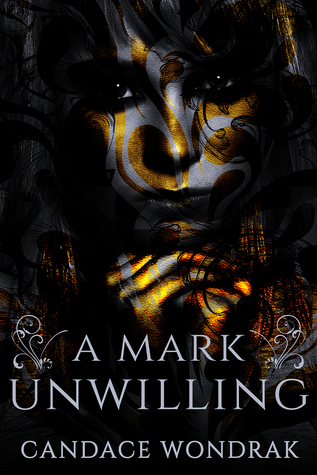 Title: A Mark Unwilling
Author: Candace Wondrak
Series: Book One in the Reckoning Series
Genre: NA Urban Fantasy
Published: May 1, 2018
Source: ARC Provided by the Author (in exchange for an honest review)
My Rating: 4 Stars!


Book Description:
Lexa Blue thought she had her life figured out. She’d go to college, maybe get a job, and wait until the Demon whose Mark she bears comes to collect her soul. No real concrete plans since it wouldn’t matter in the end. What she did not expect was the end of the world.

Even with her trusted Warlock friend, David, Lexa is clueless about how to stop the apocalypse—but she’ll still try; because of her Mark, she can’t die. Who better to fight the Horsemen?

It’s not that simple. With a prophetic girl as a new sidekick, a group of Vampires who’re suspect, and an FBI Agent who somehow knows her connection to the biblical figures, Lexa’s life is going to get a heck of a lot worse before it gets better.

When her Demon finally comes to claim her, will she be ready?

I take very few reviews requests anymore, mostly due to not having enough time to review them all and because it seems one can quickly become bombarded with all kinds of requests and I have a really hard time saying no, even if its a genre I don't like or have no interest in. It was just easier for me both time wise and mentally (LOL) to just close requests from new to me authors. But I've realized over time, I might be doing myself an injustice because who doesn't love discovering new (to them) authors and books?

Every now and then something will cross my path that captures my attention and I will break my not open for reviews nonsense and with A Mark Unwilling, it was one such time.

I'm not even going to lie, vampires don't appeal that much to me anymore, at least not on their own but throw in some demons and witches and other things? And yes, sign me up!

How do I describe this read? Actually, I'm not. What I'm going to say instead is that it completely hooked me. I didn't want to put it down and in fact I rarely did. I had other things that I needed to do but for whatever reason (call it a great plot line or interesting characters or just really great writing) I had to know what happened next and how it would end and I put everything else I had to do that day off until this was done.

And what I want now, is the next book!

Truly a great captivating read that will surprise you in all the best ways.

Please don't forget that right now there is also a giveaway going on to win a digital copy of this! 10 lucky winners will win one so stop in and check it out! Giveaway can be found HERE!!
Posted by Kindlemom at 12:00 AM