Review: The Selection by Kiera Cross

Goodreads Description:
For thirty-five girls, the Selection is the chance of a lifetime. The opportunity to escape the life laid out for them since birth. To be swept up in a world of glittering gowns and priceless jewels. To live in the palace and compete for the heart of the gorgeous Prince Maxon.

But for America Singer, being Selected is a nightmare. It means turning her back on her secret love with Aspen, who is a caste below her. Leaving her home to enter a fierce competition for a crown she doesn't want. Living in a palace that is constantly threatened by violent rebel attacks.

Then America meets Prince Maxon. Gradually, she starts to question all the plans she's made for herself- and realizes that the life she's always dreamed of may not compare to a future she never imagined.

Ever have those books that as soon as you start them you know you aren't going to be able to put it down? That nothing else that day will get done, laundry will sit sadly in the basket waiting to be folded, carpets gaze longingly at vacuums sat untouched and TVs will get lost under layers of dust.
You will barely take time to eat and think nothing of losing a few hours of sleep, all in the name of reading a book that is so captivating you lost track of time itself?
Well, The Selection was that book for me. I knew from the first chapter that this was going to be one of those books I would just have to read in one sitting. It demanded it of me.
The characters and story completely drew me in and wouldn't let go. It was futile to argue. I knew I was a hopeless case.
I had seen other reviews on this book and knew that it was good, but nothing prepared me for just how good this story was going to be. Just how completely wrapped up in it I would become.
I should have know from the moment I saw the gorgeous cover that I would love this story, but then again, I have been deceived by a pretty cover before.
I have seen lots of people compare this book to The Hunger Games or even to the reality show The Bachelor and yes, I guess maybe there are some similarities but really, The Selection is its own beast. Its own unique story.
While this does focus a lot on America and the whole Selection aspect there really is so much more to this story. We have a world still riddled with poverty and rebels that are trying to destroy what the rulers want to fix. A history of the country that for some reason the rulers don't want us to know about.
We have a young girl trying to become who she wants to be and a prince who loves his people and wants more for them but is held down by circumstances and things he just isn't aware of.
There is some mystery in this and I love that about it. It isn't all about just one thing. There really is so much going on in this story and so much more to discover, all without being too overwhelming or too confusing. And while I still don't understand all the underlying chastes and how they work, the whole system is fascinating and I can't wait to learn more.
There are some fabulous characters in this story and I love where the storyline is going. I love the whole dystopian feel to it. Really I think this series holds a whole lot of promise and I am so looking forward to the next one.
I liked America. There was just something so different about her. I could tell she was going to be a strong character, faults and struggles and all. I liked her more and more as the story progressed.
I admired her strength. Her willingness not to be anyone other than herself. You have to admire someone who is true to herself no matter what.
Aspen. Hmm Aspen, I don't want to give anything away, but he truly was a swoon worthy character in his own right but Maxon? Well Maxon stole my heart.
I want more. I didn't want this one to end and I am sad that it did. It will be a long (and hard) wait until the next one but I think it will be worth it and I am looking forward to it. 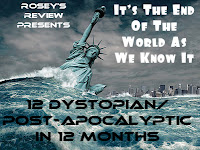