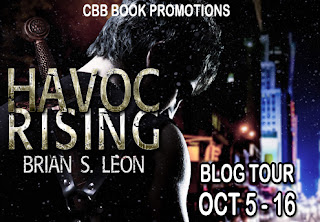 Steve—Diomedes Tydides to his Trojan War buddies—just had a bad day on his charter fishing boat in San Diego, but when the goddess Athena calls on her faithful warrior for another secret mission, he’s ready. The bomb that exploded inside the Metropolitan Museum of Art isn’t the crime American authorities think it is. Someone also stole the Cup of Jamshid, and Diomedes knows its fortune-telling abilities won’t be used for anything benign.

Though Diomedes recovers the Cup from a determined shaman holed up beneath Central Park, when he finds his allies slain and the Cup taken once more, he knows he’s up against a truly powerful enemy. Over a millennium has passed since Diomedes last contended with Medea of Colchis, deranged wife of Jason the Argonaut, but neither her madness nor her devotion to Hecate, goddess of witchcraft, has waned, and she intends to use the Cup of Jamshid to release across the world a dark brand of chaos unseen in human history.

Immortal since the Trojan War, Diomedes must once again fight for mortals he understands less and less, against a divine evil he may never truly defeat. 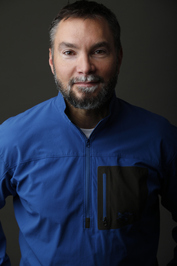 Brian S. Leon is truly a jack-of-all-trades and a master of none. He began writing in order to do something with all the useless degrees, knowledge, and skills–most of which have no practical application in civilized society–he accumulated over the years.

His varied interests include, most notably, mythology of all kinds and fishing, and he has spent time in jungles and museums all over the world, studying and oceans and seas across the globe chasing fish, sometimes even catching them. He has also spent time in various locations around the world doing other things that may or may not have ever happened.

Inspired by stories of classical masters like Homer and Jules Verne, as well as modern writers like J.R.R. Tolkien, David Morrell, and Jim Butcher, combined with an inordinate amount of free time, Mr. Leon finally decided to come up with tales of his own.

Whenever given the chance to read a new (for me) urban fantasy story that not only combines Greek mythology but Arabian and Celtic too, I jump at the chance. I mean, truly what is there not to love about an action packed story told in the male point of view all set in a modern world full of gods and goddesses?

Add in the very fact that there is a (very) slight romance, and a main protagonist that is every bit as sarcastic as he is smart and you have a read that stands out in so many ways.

Although this did have a slow start in the beginning as the world and back story of Steve was fleshed out, it didn't take too long for me to get into it and for the real action and adventure to begin and before I knew it, I was immersed in the mythology aspects, the magic,  and the very story itself.

This was well written, well plotted, and had many elements I love in a good UF series.

*All thoughts and opinions are my own and were not influenced by the author, publisher, or touring company. I was not compensated for this review.*
Posted by Kindlemom at 12:00 AM