Review: The Lost and The Found by Cat Clarke 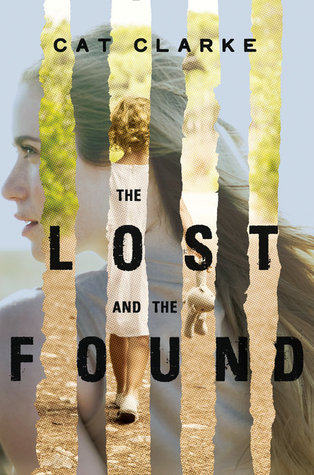 Title: The Lost and the Found
Author: Cat Clarke
Series: Stand Alone
Published By: Penguin (September 13, 2016)
Source: ARC Copy Provided by the Publisher (in exchange for an honest review)
Genre: YA Thriller/Mystery
My Rating: 4 Stars!


Book Description:
Fans of Lucy Christopher’s Stolen, Caroline B. Cooney’s The Face on the Milk Carton, and Natasha Preston’s The Cellar will be captivated by this twisty psychological thriller about an abducted girl who finally returns home to her family—but is she really who she claims to be?

THE LOST
When six-year-old Laurel Logan was abducted, the only witness was her younger sister, Faith. Since then, Faith’s childhood has revolved around her sister’s disappearance—from her parents’ broken marriage and the constant media attention, to dealing with so-called friends who only ever want to talk about her missing sister.

Now, thirteen years later, a young woman is found in the front yard of the Logans’ old house, disoriented and clutching the teddy bear Laurel was last seen with. Can her sister finally be back? Faith always dreamed of her sister coming home; she just never believed it would happen. But soon a disturbing series of events leaves Faith increasingly isolated from her family and paranoid about her sister’s motives. Before long, Faith begins to wonder if it’s the abduction that’s changed her sister, or if it’s something else. . . .

It's hard to resist a good mystery that is filled with twists and dark turns and that leaves you questioning everything and lets face it, who doesn't love a book that makes you frantically flip through the pages until the very end? There aren't many of us that can resist them.

This book is ever mothers nightmare. The possibility, the horror that one of your children could be taken away from you in the blink of an eye with no leads, no suspects, and no where to turn. It is horrifying and chilling and not something anyone wants to think about but something we all want to shield from one another instead and wrap our families up in a neat, nice, tight bubble where nothing bad will ever get in or disturb.

This book brings all those horrors to the surface and puts them out there for all to see, all to fear, and all to sympathize with.

It brings out the emotions of the what ifs, and the survivors guilt, and the anguish of losing someone you love and then finding them again. What a family, what a mother, a sister, and a father go through.

With enough mystery, suspense, and twisted details to keep you on the edge of your seat and turning the pages.