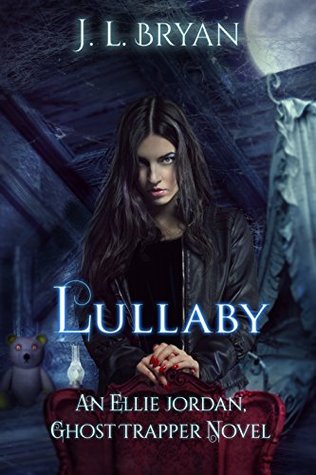 
Book Description:
Life is more difficult than ever at Savannah's only ghost-hunting detective agency. While Ellie copes with her mentor's departure and other unwelcome developments, she also worries about the supernatural injuries keeping her boyfriend caught in an endless slumber.

At the same time, Ellie and Stacey are called in to investigate an eerie entity haunting a baby's nursery room. The ghost appears late at night, its face barely visible on the baby monitor, and sings a chilling song.


Soon, Ellie learns there are more ghosts in the house, and at least one of them is a dangerous, child-hunting monster who must be stopped before it kills again.

I love this series. It didn't take long for it to worm its way into my top 10 favorite creepy series. Bryan never disappoints to not only creepy me out and leave  me anxiously looking over my should at night but to also have me laughing out loud the next moment and his latest and greatest is no exception.

So much is happening with Ellie, in her personal life as well as her work and not all of it is good, in fact, a lot of it isn't good. With new people, new experiences new dangers, and new ghosts, pretty much anything can happen and does happen.

It was exciting and creepy and so much fun to read. I can not wait for the next installment and wish that I had it already. I'm so ready for Ellie to kick some ghost butt and to be in a much better place job wise and emotional wise. This series continues to wow me and leave me wanting more.