I adore Karen White's work which is why I am so excited to be sharing her latest book with you, Dreams of Falling. This was so incredibly good and fans are going to adore it! If you haven't tried one of her books, you truly are missing out and I can't recommend this enough! 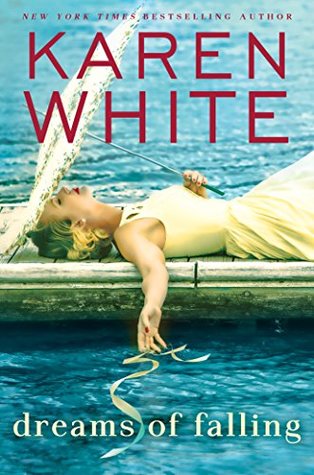 Book Description:
From the New York Times bestselling author of The Night the Lights Went Out comes an exquisite new novel about best friends, family ties and the love that can both strengthen and break those bonds.

It's been nine years since Larkin fled Georgetown, South Carolina, vowing never to go back. But when she finds out that her mother has disappeared, she knows she has no choice but to return to the place that she both loves and dreads--and to the family and friends who never stopped wishing for her to come home. Ivy, Larkin's mother, is discovered in the burned-out wreckage of her family's ancestral rice plantation, badly injured and unconscious. No one knows why Ivy was there, but as Larkin digs for answers, she uncovers secrets kept for nearly 50 years. Secrets that lead back to the past, to the friendship between three girls on the brink of womanhood who swore that they would be friends forever, but who found that vow tested in heartbreaking ways. 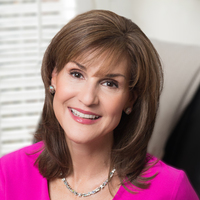 With more than 1.8 million books in print in eight different languages, Karen White is a New York Times and USA Today bestselling author of 23 novels, including the popular Charleston-set Tradd Street mystery series.

Raised in a house full of brothers, Karen’s love of books and strong female characters first began in the third grade when the local librarian issued her a library card and placed The Secret of the Old Clock, a Nancy Drew Mystery, in her hands.

Karen’s roots run deep in the South where many of her novels are set. Her intricate plot lines and compelling characters charm and captivate readers with just the right mix of family drama, mystery, intrigue and romance.

Karen White has never let me down. From her beautifully worded stories to the rich lush settings and well thought out characters, everything about her stories draws me in and refuses to let me go even long after the story is over.

Her latest wasn't an exception. It was wholly entertaining, hard to put down and just enough of the supernatural to keep all lovers of the genre, both historic and fantasy enthralled and eagerly turning the pages.

I loved the family dynamic, the flashes from past to present and the intriguing mystery of it all as it slowly unfolded over the years. The friendship between these three girls and their live after that friendship, was just so believable and amazing. I loved every heart pounding moment as it all came together, was revealed, and put to rest.