Book Review: The Beyond by Chloe Neill 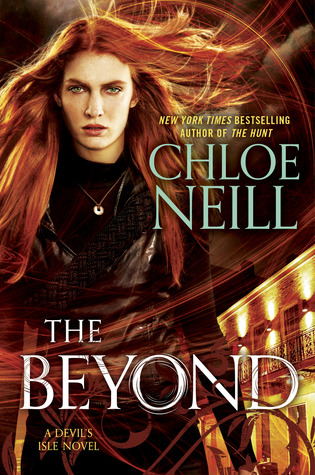 Title: The Beyond
Author: Chloe Neill
Series: Book Four in the Devil's Isle Series
Genre: Fantasy
Published By: Berkely Books (June 4, 2019)
Source: ARC Provided by the Publisher (in exchange for an honest review)
My Rating: 4 Stars

It’s been a year since the Veil between the human world and the world Beyond was torn apart, and war began again. Sensitive Claire Connolly and bounty hunter Liam Quinn have been helping their human and paranormal allies fight back against the ravaging invaders and save what’s left of New Orleans.

But a new enemy has arisen, more powerful than any they’ve seen before, and even Devil’s Isle cannot hold her. . .


When Claire learns of a new magical weapon–one built by paranormals themselves -she knows it could turn the tide of war. But to reach it, she and Liam will have to cross into the Beyond itself. In a world full of hostile magic and dangerous foes, she’ll have to channel the powers she once kept hidden in order to survive. New Orleans hangs in the balance, and the storm is growing closer . . .

Set in the very atmospheric and mysterious and even superstitious city of NOLA, The Devil's Isle series is one that is not only hard to resist, but hard to put down.

With supernatural creatures galore and magic and danger everywhere, it truly is something to take notice of.

I have enjoyed the wonderful mix of characters from the very beginning with their light hearted banter and witty snarky one liners, they really are a fun group of people set out to save each other and their beloved city.

And even though I haven't been able to find for sure if this is the last book in the series, I do know that it ended so nicely that if it was, I would be very happy with how it all came together and was resolved.