Children of the Gods Guest Post and Blog Tour!

Today I get to bring you a special guest post by author Monica Millard of the Children of the Gods (A Chosen Novel) Series.

Synopsis:
For as long as seventeen-year-old Reka Cushing can remember, she has watched her friends and her neighbors be stolen, their bodies used as hosts for the Halorans; an alien race that has come to earth posing as gods. For just as long, Reka has lived in fear of drawing the eye of a Haloran, keeping her head down, hoping not to be caught in their sights.

The only time she has ever been bold, tried to get what she wanted, a god, one more powerful, more dangerous than all others is watching. 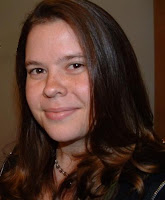 
Monica was born and raised in Alaska. She doesn’t own a dog sled team, but has worked in a place where there are buildings with caged exterior doors to keep employees from being eaten by polar bears.


She lives in Wasilla, Alaska with all her critters, some four legged and others that stand on two. She writes Science fiction, fantasy, and Paranormal for young adults.


Inspiration for Children of The Gods
I was asked to write about the inspiration behind Children of the Gods.
I was sitting in my car, listening to music while I waited for a friend at the airport. The song that was playing inspired an image of woman in a long skirt dancing near a bonfire. She was luring a man to dance with her. It was clear to me that just being at the fire was forbidden, but dancing at the bonfire was asking for it.
I couldn’t get those images out of my head, or the questions that they inspired. Why would music and dancing be prohibited? And why would these two people be risking everything out in the woods, dancing?
At the time all this happened I was busy writing another book. It was important to me, so I couldn’t stop to indulge this new inspiration. It would have to wait.
The problem with that is it didn’t want to. Over the next two months the characters pestered and prodded me to tell their story. I got to know Reka really well. All of her motivations and her spirit.
With all that time waiting, the story took on a life of its own in my head and by the time I had finished writing The Fall, Children of the Gods was a fully formed story.
I’m a pantser rather than a plotter/outliner. When I started writing I thought I knew how it was all going to play out, having dreamt it all up while waiting to write it. But every story has two sides, and Jaxson hadn’t gotten his fair turn to be heard. (Yes, I know how crazy that sounds.) Since the story is told from Reka’s perspective, and in part from Anaya’s, I had only gotten to know him through their eyes.
I was little concerned when I discovered things weren’t what I thought they were. I wasn’t sure how people would take the direction the story would go, but I had to tell it, regardless.
In the end the events were all the same as I originally dreamt them up as, but some of the people living those events looked very different and I loved the story a thousand times more for it.