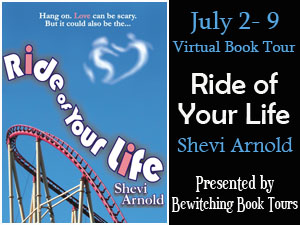 Today I am happy to bring you a guest post from author Shevi Arnold and a review for her book, Ride of Your Life! 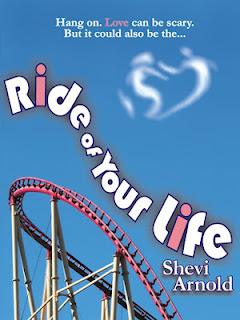 Ride of Your Life
By Shevi Arnold

Book Description:
Seventeen-year-old Tracy Miller met the love of her life . . . thirty years after her own death.

Tracy was working at the House of Horrors at the Amazing Lands Theme Park when the fire broke out. Instead of running, she lost her life trying to save eleven-year-old Mack. Now thirty years have passed, and suddenly everything changes with the arrival of two new ghosts: a little girl named Ashley and a cute seventeen-year-old boy named Josh. Josh would do anything for Tracy, but can he help her let go of the past and accept his love?

Ride of Your Life is a bittersweet, romantic, YA ghost story that was inspired by a true event: the Great Adventure Haunted Castle fire, which killed eight teenagers in 1984. It is a fantasy novel about undying love, and it won third-place in Smart Writer’s Write It Now (W.I.N.) contest in the YA category, which was judged by Alex Flinn, the author ofBeastly and Cloaked.
Hang on. Love can be as terrifying as a roller coaster, but it can also be the Ride of Your Life.

Short Excerpt:
(From the end of chapter one. At this point, Tracy the ghost has desperately tried and failed to prevent a teenage boy and a young girl from getting killed on a ride at the Amazing Lands Theme Park.)

People continued to rush through her, but Tracy ignored the flashing of the sunlight and shadows on her closed eyelids, ignored the screams and the panic. She let her consciousness slip away from the scene, let it blur until it faded into nothingness.
She was in the ghost world now. Here everything was silent and still, and nothing real could touch her. Although there was nothing to see, Tracy kept her eyes shut. The darkness was comforting, like a soft blanket on a cool night.
The only illusion she held onto was her body. Letting go of that was difficult, like stepping off a high diving board when she couldn’t see the water below, like riding on a roller coaster with nothing under her feet. It was a freefall into the unknown. Her body was what she knew, even if it was no longer real. It was familiar, and it felt safe. Everything around her was quiet and peaceful and still. She was alone in her world. Completely alone.
Then Tracy felt something hit her in the chest, and she returned to the Amazing Lands Theme Park with a scream. Author Bio:
Shevi Arnold loves writing, illustrating, and making people laugh—and she’s been doing all three since 1987 when she started working as an editorial cartoonist for a newsweekly. She’s also worked as a comics magazine editor, as an arts-and-entertainment writer specializing in comedy and children’s entertainment, and as a consumer columnist.

Nowadays, though, she enjoys writing (and sometimes illustrating) humorous fiction, fantasy and science fiction, mostly for children and young adults. Shevi grew up in Philadelphia, and her family had a season pass to Great Adventure in the early 1980s. She was nineteen-years-old and studying overseas when a fellow college student asked her if she knew about the Great Adventure Haunted Castle fire. Eight teenagers had lost their lives.

Like many, Shevi was shocked by the news. In her mind, she wanted to give that tragedy a happy ending. Ride of Your Life is the result. Her previous books are Dan Quixote: Boy of Nuevo Jersey--a humorous novel for middle graders about individualism and friendship overcoming peer pressure and bullying--and Toren the Teller's Tale--a YA fantasy about the magic of storytelling and one girl's struggle to accept that magic within herself. Why My Love Life Sucks, the first in the Gilbert the Fixer, is a funny YA science-fantasy novel about the ultimate geek having to confront his ultimate fear--getting stuck with a gorgeous girl who wants to be his platonic best friend literally forever.


The Most Romantic Moment
By Shevi Arnold

If you celebrated Canada Day on Sunday or are celebrating the 4th of July tomorrow, happy Independence Day! It’s the summer, time to take a break from the everyday and escape into a sweet romance novel that lifts you off your feet and carries you away like a thrilling roller coaster ride.

What does romance mean to you? What do you think is the greatest moment of romantic love?

Is it the first caress? Holding hands? A kiss? An embrace? Or is it something else?

I think it’s the moment just before.

It’s not the caress, but the moment a hand reaches out to brush a strand of hair away from a cheek. Stop and let the hand linger, not on the skin but close enough to feel its warmth. That is the ultimate moment of true romance. It’s not holding hands, but the moment one hand reaches to hold another, and the other hand opens to accept it. It’s what John Keats described in one of the most romantic poems of all time, “Ode on a Grecian Urn,” a poem about a work of art depicting young lovers: 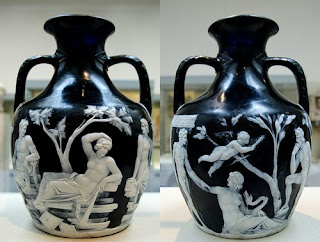 Isn’t that what we all want, to be young and beautiful and loved--forever?

It’s that infinite moment of pure longing frozen in time that I tried to capture in my romantic YA ghost story, Ride of Your Life.

The two main characters are teenage ghosts who were both killed in the same theme park in two different incidents thirty years apart. They will forever be young forever, and their love can never die.

But there is something keeping them from that longed for kiss.

Will her past continue to haunt her, or will he find a way to help her overcome it, so that she can finally accept his love? Let that hand linger there. Let the feeling of skin touching skin wait. Let that greatest moment of romantic love last seemingly forever.

I hope readers will find Ride of Your Life the perfect frozen treat to enjoy this summer. After all, isn’t the summer the perfect time for a trip to an amusement park? And who doesn’t want to be young and in love for eternity? Will their love ever be satisfied? You’ll have to read their story to find out.

I hope this summer you discover true love and that it takes you on the Ride of Your Life.


I know I have said this before but I can't help it, I am a sucker for a good ghost story, throw in a ghost story that has romance in it too and it is just a win win for me.

Which of course is why Ride Of Your Life appealed to me so much.

We get the story of a seventeen year old named Tracy who died thirty years earlier in a terrible fire at a theme park trying to rescue a young boy named Mack.

Tracy should have went into the light but a mysterious past and the excuse to help “save” Mack has kept her out of it and stranded in the theme park where she will have to either eventually go into the light or spend eternity haunting.

Enter Josh and Ashley, two other ghosts bound to stay with Tracy and Mack and be a part of their lives.

I don't want to go into too much detail, because again, I hate giving anything away in my reviews but this story really was different and just one of those fun summer reads.

I liked reading about the budding romance between Josh and Tracy, which really was sweet.

Ashley added an innocence to the story and Mack, well, Mack added something slightly mysterious and a little sinister to the story. A little of the unknown.

There really wasn't anything spooky or scary in this one, mostly this was just a feel good type of read with a hint of haunting and ghostly doings.

A great summer read for sure!

Overall I give this one 3 Stars!