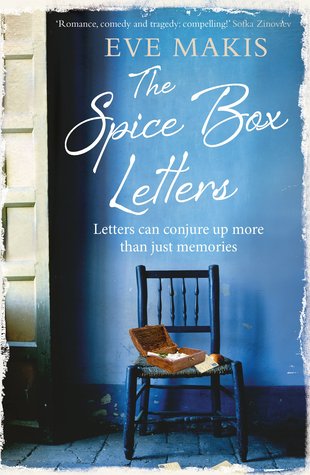 Book Description:
Katerina inherits a scented, wooden spice box after her grandmother Mariam dies. It contains letters and a diary, written in Armenian. As she pieces together her family story, Katerina learns that Mariam's childhood was shattered by the Armenian tragedy of 1915.

Mariam was exiled from her home in Turkey and separated from her beloved brother, Gabriel, her life marred by grief and the loss of her first love. Dissatisfied and restless, Katerina tries to find resolution in her own life as she completes Mariam's story – on a journey that takes her across Cyprus and then half a world away to New York.


Miracles, it seems, can happen – for those trapped by the past, and for Katerina herself.

Every once in awhile you come across those stories, those novels that leave a huge impact on your life when you are done reading them. Those that open your eyes, make you think, and those that make you feel. The Spice Box Letters is one such story.

Shamefully I know very little about what occurred in Turkey to the Armenian community during the first world war and the events that took place are shocking and heartbreaking and are ones that should never be forgotten. Over shadowed by the horrors of the war itself and then forgotten as, 20 years later, something similar again occurred, this book touched me in a way few novels are able to.

It was emotional and raw and beautiful in it's telling. I truly couldn't have asked for a more inspiring and thought provoking read that both broke my heart and at times, uplifted me as well.

Told through multiple point of views through different generations of the same family, it was seamlessly blended together to form a story that was hard to put down and completely captivating.