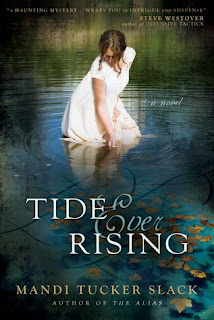 Kadence Reynold’s favorite pastime is exploring old ghost towns, but when she and her sister, Maysha, stumble across an old journal and cheap pendant hidden in the depths of a crumbling foundation near Eureka, Utah, their world is suddenly turned upside down. Immediately, strange dreams and premonitions begin to haunt “Kadie” as she learns more about the author of the journal, Charlotte Clark. Kadie sets out on a journey to learn more about Charlotte and her family, and she and Maysha travel to Bremerton, Washington, where they discover Charlotte's still living twin sister, Adelaide and her family.
Kadie and Maysha, upon arriving in Washington, are immediately immersed in Adelaide and Charlotte’s story. Kadie soon learns that Charlotte disappeared the night of a tragic fire that took the lives of Adelaide’s entire family. With the help of Logan Mathews, Adelaide’s handsome grandson, and Charlotte’s ever disconcerting presence, Kadie delves into the past. Hoping to solve the mystery of Charlotte’s disappearance, Kadie immediately discovers the secrets contained in the journal will toss her and Adelaide’s family into a world filled with mystery, past regrets, and dark unknowns.

About The Author:
Mandi Tucker Slack grew up in Orangeville, UT, where her father worked as a coal miner for eighteen years. In 1987 the coal mines shut down for a time and her father joined the U.S. Army. They were stationed in Hanau, Germany, and she had the opportunity to explore Europe. Mandi’s family returned to Utah in 1992, and they settled in Orangeville once again, where she attended and completed High School. She then attended the College of Eastern Utah, where she studied Geology. Eventually Mandi changed her major and moved on to Utah State University while she completed a degree in Special Education. She then married her best friend, Charles Slack. They have three children, with one on the way, 6 chickens, and a lizard (sometimes several lizards).Their family loves to spend time together. They enjoy 4-wheeling, camping, and especially rock hounding. Her house is littered with rocks and fossils. As a child Mandi spent many weekends with her parents and sister exploring abandoned mining towns and searching for relics among the brick ruins. Her adventures with her family are often the inspiration for her stories. Mandi is also the author of romantic/ suspense title, The Alias, available at a bookstore near you.

This was one of those reads that was easy to consume in one sitting. It has many elements in a good story that I love. Some historic value, a clean sweet romance and just enough of a paranormal element to it that it kept me turning the pages wondering when a ghostly visitor would appear again.

I really liked Kadie's character. She was sweet, curious, smart and loyal. She was constantly doing the right thing and putting the needs of others before her own.

Zaza was adorable and of course Logan and Beth were just as great. Maysha had me cracking up on more than one occasion with her outspoken personality and fun loving ways. Who doesn't love a girl who lives to shop?

I really enjoyed the paranormal aspect mixed in with the mystery of Charlotte's death and disappearance.

My only real complaint was that the ending and the whole mystery with Charlotte and the fire was quickly explained over, especially considering everything that lead up to them discovering who was involved and the incidents that lead up to their involvement.