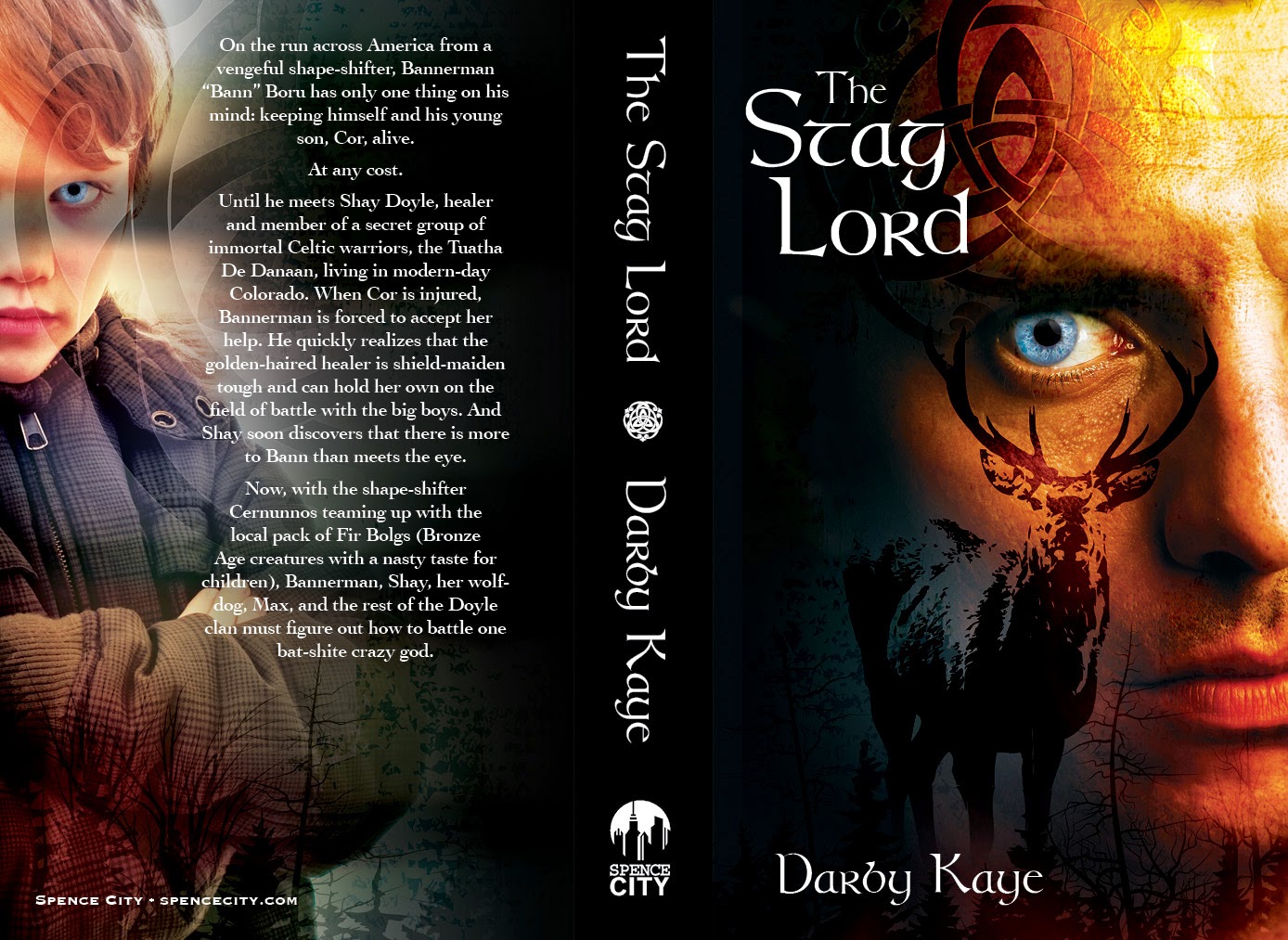 Book Description:
On the run across America from a vengeful shape-shifter, Bannerman “Bann” Boru has only one thing on his mind: keeping himself and his young son, Cor, alive.

Until he meets Shay Doyle, healer and member of a secret group of immortal Celtic warriors, the Tuatha De Danaan, living in modern-day Colorado. When Cor is injured, Bannerman is forced to accept her help. He quickly realizes that the golden-haired healer is shield-maiden tough and can hold her own on the field of battle with the big boys. And Shay soon discovers that there is more to Bann than meets the eye.

Now, with the shape-shifter Cernunnos teaming up with the local pack of Fir Bolgs (Bronze Age creatures with a nasty taste for children), Bannerman, Shay, her wolf-dog, Max, and the rest of the Doyle clan must figure out how to battle one insane god.

Darby Karchut is an award-winning author, teacher, and compulsive dawn greeter. She's been known to run in blizzards and bike in lightning storms. When not dodging death by Colorado, Darby writes urban fantasy for tweens, teens, and adults.