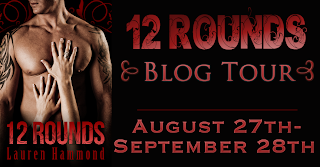 Synopsis:
Sean (Right-Hook) Reilly knows a few things about himself. One, he's the middle-weight boxing champion of the world with an undefeated record. Two, women find his cocky persona, chiseled biceps, and inked body sexy. Also, the fact that it's known that he doesn't do relationships only adds to his sex appeal. And three, he's Irish, proud of it, and a member of the Braithreachas Don Saol, a branch of the Irish mafia and king pins of the drug cartel taking over the streets of Cleveland.

Connor Doyle(aka Connie) the boss and leader of the Braithreachas Don Saol, has been like a father to Sean, taking him under his wing and teaching him how to survive on the streets after the death of his parents. Sean has never been ungrateful, but has always wanted one thing...

Hadlee Flax has had a year to overcome her issues. After almost being raped and brutalized, she's putting her best foot forward, seeing a therapist, and has even(with some persuasion from her best friend, Lara) enrolled in self defense classes. And she's doing well moving on with her life until she meets the dark, and conflicted Irish boxing champion of the world, Sean Reilly.

Hadlee is immediately drawn to the gorgeous, cold, and mysterious man who speaks with a slight Irish brogue. She soon learns that there is much more to him than his darkened gaze, cool demeanor, and body covered in tattoos. He's not the type of man she thought he was. And Hadlee finds herself doing something she never thought she would do in the last year...

Falling for a guy.

Falling for Sean Reilly. A man who is on the path to becoming a boxing legend.

One thing Hadlee doesn't know is the other part of Seans' life. His life of drug running, and killing. Or the fact that when he's not boxing he's walking the streets with a gat tucked into the back of his loose jeans, and glancing over his shoulder at every turn.

But it doesn't take Hadlee long to learn that some attractions and relationships can be fatal.

Author Interview:
MGO: "When did you first know that you wanted to be a writer?"


Lauren: "I think my journey into literary land has been a long, harrowing one. Ever since I was a little girl, I’ve always had a passion for the written word. From a young age, I knew that someday I’d write. I’d always make up stories and write them down. Even with my crayons, lol. I won essay contests as a kid. Wrote poems in high school. Participated in the English Festival and their workshops. Took writing courses. But I didn’t really discover myself as writer until I was in my early twenties."

MGO: "Sean and Hadlee are both very broken people for different reasons and I love that about them, I love that they aren't perfect., that they have a lot of issues to deal with. What made you decide to write about characters that are so flawed?"

Lauren: "I love writing flawed characters because in my honest opinion imperfections and or flaws are what makes people beautiful. If you think about it, we don’t live in a perfect world and I despise sugar coating things that don’t exist. Call me a realist, I guess. There are real people out there facing the same kind of issues that both Hadlee and Sean struggle with. Some have been through something traumatic brought out by a situation they couldn’t control, others have put themselves into the same situations by making decisions they thought were right at the time. This is real life. And people in real life are flawed"

MGO: "I really enjoyed 12 Rounds and the boxing theme around it, did you already know a lot about boxing or did you have to do some research to write it?"

Lauren: "A little. In the area where I live there have been quite a few title holders as far as boxing goes and what can I say? Like Right-Hook, we support our own, lol. But for all the extras, I interviewed my really good friend Stephanie who was actually a pro-am female boxer. She filled me in on all the ins and outs of the sport. Along with everything from processions to promoter’s. I thanked her in the acknowledgements section because honestly, this book would be nothing without her invaluable information on the sport."

MGO: "How many books will be written to follow this one?"

Lauren: "I have two more planned. 13 Rounds will be out at the end of November and then sometime in 2013 I’ll release Knockout."

MGO: "What else do you have int he works?"

Lauren: "Oh my. So many books, lol. I feel like I get a new idea every darn day. But the two I am focusing on right now are; Beautiful Nightmares(the final installment in the asylum trilogy) and book two in the sociopath diaries, Yelling Out Loud. It has taken me a little while to get both of these under way, being that they are very twisty turny and I want them to be as epic as I can possibly make them."

MGO: "Who or what was your inspiration while writing this book?"

Lauren: "I’ll tell you what inspired me because this actually means a lot to me.

I am a hometown proud person. I love the area where I live. I was born and raised here in Northeast Ohio(the back drop for 12 Rounds) and you get a home-like feeling here. Mind you, I love to travel and see the world, but I always like to come home. I can’t acurately describe the feeling I get when I come home from a place and see my friends and family, but it’s almost serene, peaceful.

Until it all goes to shit.

Growing up, never did I ever think, we’d have an epidemic on our hands and when I saw on my local news that the area in which I lived was now considered to have a heroin epidemic on its’ hands, well that just about ripped my heart out and then it made me angry. You see, I know most people aren’t blind to drugs. They know they’re out there. They choose to do them or stay away from them. But what sickens me the most is the people fueling that dependency that others have for a profit. That’s where Connie Doyle came in. His character completely stemmed from that. He cares about money and has little regard for anything else.

I feel like every day I hear about another young person dying and its because of not only themselves for being so careless with their life, but because of people like Connie who feed and make money off of other people’s weaknesses.

I like to stress that life is a gift because that is something I really and truly believe. It is a gift, it breezes by in what seems like seconds instead of years, and it’s something you should appreciate while you have it. And I guess the part of Sean that wants to help these people stems from me. Also, the reality of the drug epidemic that most of the people in my area are faced with every day.

This novel was born out of a five minute segment on the local 6 o’clock news. And I hope it makes an impact in a good way.

I’d really like people to understand that your life is what you make of it. And you can either embrace that in a positive way or let your life go in the opposite direction where your life means so little and your addiction fuels your existence.
YOLO. I was actually vacationing in Florida and I saw this saying on about every t-shirt in every gift shop I happened upon, lol. But it’s so true. You do only live once. You only live once and it’s up to you to make sure that it’s a life worth living.

Thanks so much for having me! If you guys get a chance please check out 12 Rounds and the sequel 13 Rounds in November!"

MGO: "Thank you so much Lauren for being here today and I will definitely be checking out 13 Rounds and Knockout as well! You pretty much have me hooked on this trilogy!!"


This book is going to be hard for me to review, mainly because I loved so much about it and because there as so much I didn't like about it.

Sounds contradictory right? And it is, sort of but it isn't as bad as it sounds.

What I loved about this book? The characters. They were real and flawed and broken and then found strength and solace in each other.

I loved their loyalty and their strength. Their love for each other.

What I didn't like about this book? What Sean did. The brotherhood. I really hated the choices that he made and while I don't agree with them, I understand why he did them.

I didn't like the way he viewed woman or what he did (selling drugs, shooting, lying, what have you) but, again, I understood why he thought that way even though I wanted to smack him a few times with the disrespectful things he thought, said and did towards woman. And the things he did in the city that he supposedly loved.

And I certainly didn't like Connie, but again, who would? That was kind of the point of his character.

So you see, I have a love hate with this book, with these characters.

But of course the storyline was amazing and it kept me interested, it kept me wanting to read more.

And the ending was just cruel. I wanted some things resolved that weren't and I can't wait to read 13 Rounds to find out if they will be. To find out if everyone gets there HEA.

This is definitely not a book for younger teens. There is a lot of swearing, crud talk, mention of sex (no explicit scenes or anything!) and drugs.