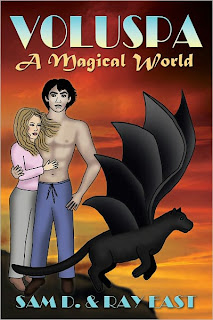 About the Book:
Centuries ago, war between aliens and humans almost destroyed the world. To prevent such a war from happening again, a mighty ruler then formed a secret society of nine powerful humans and aliens called the Bramhas. These Bramhas each wrote a book imparting ancient wisdom and knowledge. The possession of these books could bring about untold power and success. The nine books were hidden but the desire to possess those books, still cause men to fight wars and turn against each other. One such war was fought in the realm of Voluspa decades back; the consequences of that war still resonate in this magical land. Two young lovers get caught in this tussle and it changes their destinies forever.
Amy’s humdrum life takes a complete 180’ turn with the death of her stepfather. She goes to live with her grandmother – her only living relative, though she hasn’t seen her in the last five years. Among her mother’s childhood memorabilia, she finds a book ‘Legends of Voluspa’ that captures her imagination. She becomes so engrossed in the book that she starts dreaming  about the places in the book till one night she finds herself inexplicably transported to the new world – Voluspa, as described in the book. Here she meets Drake, who unknown to her is a shape shifter.  Chemistry cackles between the two from the very first and as they discover that they share a lot in common, a tenuous bond forms between the two. ‘I’ll keep you safe’ vows Drake and he remains true to his word as he befriends her and saves her from various troubles that befall her over the next couple of months.
In Voluspa, Amy discovers a new way of life. It’s a magical world inhabited by primarily four clans – Empaths, Morphus, Mendens and the Pulchrous. The Empaths have the power of mind, the Morphus are the shape shifters, Mendens are the healers while the Pulchrous possess physical perfection and strength. With the help of an old family friend, Amy takes her rightful place in the Empath clan. This marks a new chapter in Amy’s life. She realizes her own powers and subsequently starts going to a school to enhance the same. With Drake by her side, she makes some wonderful friends. However, her life is not all smooth sailing; trouble comes when she learns the truth about her biological parents. She realizes that her very existence is against Voluspan law which forbids the union between individuals belonging to two different clans. History threatens to repeat itself as she realizes that her predicament was not that different from what her mother had faced, decades back. She is totally in love with Drake, who belongs to the Morphus clan.
The enchanting world of Voluspa is far from Utopic; it has barely recovered from a devastating war fought twenty years back when the peace of the land is once again threatened by Gangrels, the evil army of aliens.  The two young lovers soon realize that besides contending with forbidden love, they have to deal with other impediments. Ancient enmities, a past war, a much coveted book, all conspire against the two lovers. Gangrels reappear in Voluspa and Drake falls in the clutches of one such evil being who would stop at nothing to realize his fiendish ambitions. Amy and her friends cross realms, face enemies, deal with challenges, solve riddles and brave possible destruction, as they set off on an adventure to rescue Drake.  The ‘Force of Sutra’ clashes with the ‘Elemental Force’ of the Gangrels as Amy and her friends are faced with an indomitable enemy. They use strategic warfare, pit adversaries among themselves and use every last drop of strength, skill and courage as they take on warriors far more ruthless and skilled than themselves.
As Amy embarks upon a quest to save Drake, her love for him is tested at every turn but she never wavers from her objective. Braving imminent death she manages to reach Drake – only to find a changed person. Gone is the man she is in love with, instead a dangerous stranger stood in his place. This Drake was teetering at the edge between becoming completely evil and retaining his own soul. He almost harms Amy but stops himself at the very last minute. His love for Amy proves to be stronger than the evil entity threatening to overpower him.  However when chips are down, Drake comes through. He sets aside his personal well-being in order to save Amy, one last time. Drake is perhaps lost forever but hope dies last – Amy is determined to get back Drake, no matter what the cost. 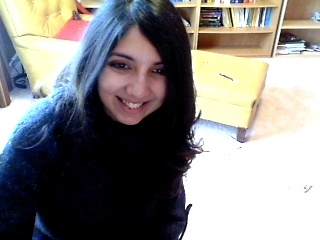 I have just finished reading the 50 Shades of Grey trilogy. My sister first drew my attention to the hype surrounding this book and after that I simply had to read it. This book has garnered lot of attention and sold millions of copies and now a movie is probably in the offing. Although the book has muscled its way to the top of the New York Best Seller list, even topping Hunger Games, it’s hard to wholeheartedly endorse it. I asked my friends if they have read this book and what they thought about it. I received very definite opinions from my friends – some really liked it, ‘can’t put it down deliciously wicked’, while some absolutely abhorred it, so much so that they did not even finish the first book. It seems it’s hard to have neutral feelings about this book - either you like it or you don’t.

While flipping through this book, two things really bothered me. Firstly, I had issues with Ana’s character. I think anyone would be hard pressed to find someone who goes through college without getting drunk, without having sex and the craziest of all without having a laptop or computer. Jeez! Which world is she from? And in the true Victorian style after remaining chaste and untried (never even pleasured herself) she so readily agrees to a devil’s bargain with almost a complete stranger, is a little hard to swallow. While it’s plausible to relate to the turmoil going through Ana’s mind, represented in the book by her inner goddess and conscience, it’s hard to connect with the naiveté and acquiescence with which Ana enters into a sado – masochistic relationship. Later on the sex life that she enjoys with Christian is so far removed from any semblance of reality that it borders on the ridiculous. Secondly the repetitive prose and the use of the same expressions, multiple times, throughout the book, rather take away from the dark erotic tone.

On the bright side it’s not hard to decipher the reasons behind the book’s popularity. If you can cut through the whip cracking, multiple orgasms and torrid sex scenes that liberally fill every page of the book, you have the makings of a powerful fantasy. Take Christian Grey for example, he is not only a billionaire with drop dead gorgeous looks but he is also extremely accomplished in the boudoir; he dances like a dream, pilots his own helicopter, runs his corporation, plays the piano like a maestro and still has enough energy leftover at the end of the day to play kinky sex games and give his partner multiple orgasms. What woman wouldn’t like to be with a man like him? He is so over the top that he could give any superhero a run for his money. Sure he has his hang ups – the not so little urge of wanting to control and inflict pain but over the course of the three books he redeems himself. From the sadistic dominant lover he gradually morphs into a slightly paranoid, grossly over protective, besotted husband but the transformation lends to the love story that forms the kernel of the novel. He oscillates between being a uber cool alpha man to a vulnerable lost boy and frankly all feministic issues aside, it’s delicious to imagine being with a man who can take charge when required but at the same time unashamedly declares and demonstrates his need for his partner.

Sex sells and this book is the best proof of that. No matter that it’s dark, unrealistic and completely blown out of proportion; it’s still a page turner. All in all, it makes an interesting read and if nothing else is good for generating fantasies unlimited. – Sam D & Ray East

a Rafflecopter giveaway
Posted by Kindlemom at 1:30 AM