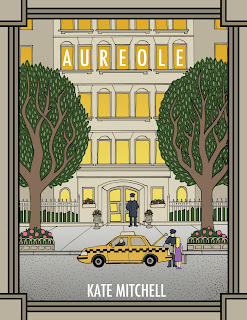 Synopsis:
When Jessica Carleton, a shy eleven year old from a poor family in Brooklyn who had their fair share of trouble, goes to live with the wealthy Bishop family on Manhattan’s Upper East Side, she quickly learns that just because you have money does not mean you’re happy. As the years pass, she grows to love the family, and although they never officially consider her to be a member of it, she becomes an important part all the same.

Everything goes well until the Christensons arrive a little over ten years later. A devious, clever, and good-looking brother and sister from Connecticut, individually they stir up trouble, but together they wreak havoc. Soon enough Jess realizes that unless she stands up for herself for the first time in her life, she will lose all that she has come to treasure. She has to make a choice: either lose the family that never really accepted her and try to start over one more time, or take a stand for what she believes in. For the quiet, unassuming young woman, this is no easy decision.

A different kind of coming of age story for anyone who has ever been unsure of themselves, this novel watches over the Bishop family in Manhattan and all of their endeavors. It follows Jess as she makes mistakes, does her best to correct them, and maybe, just maybe, works her way into the hearts of the Bishop family for good using her heart, her mind, and without using money at all. 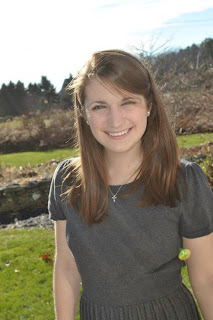 From an early age, Kate Mitchell has been an avid reader. In June 2009 she graduated from high school in Maine, and in August of the same year she entered Vanderbilt University, where she is double majoring in Secondary Education and in English. She will continue to write both in school and after, as writing will always be her first love. When not studying at Vanderbilt University in Nashville, Tennessee, Kate spends her time in Maine and Boston with her parents and younger sister. In the spare time she has that is not spent writing, she sings in the Vanderbilt University Concert Choir, is a sister of Delta Gamma, and enjoys cooking and baking.


My name is Kate Mitchell and I’m the author of the novel Aureole. It came out in July on Kindle and on Amazon paperback, and follows a girl trying to figure out who she is while living with an extremely wealthy family in New York City. Jess deals with maintaining who she is, what she stands for, and where she feels like she belongs. Aureole focuses on Jess’ issues with money, drama, family, friends, love, and scandal, specifically over a period of about fifteen months, although there are brief moments earlier and later than that period of time.

So, now that you’ve got a snapshot of Aureole without me giving anything away, let me give you five reasons why you should read it.


And, of course, a few bragging reasons why you should read it.


Basically, Aureole consists of some tough situations that most of us have been through in some way, shape, or form but also has exciting moments (in a good and bad way) that make it stand out. The basic idea for the novel is from Mansfield Park, but the actual events are from me. I hope you enjoy it.

Aureole is available on Amazon for Kindle and in paperback at http://amzn.to/N2eEOu. Kate Mitchell and be found online at http://kmitchellauthor.com and http://katethealmostgreat.blogspot.com, on Twitter @kmitchellauthor, and via email at katemitchelltheauthor@gmail.com.