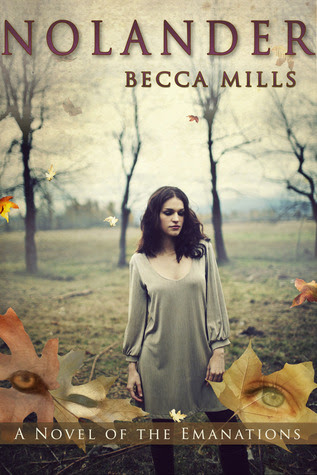 Book Description:
Amateur photographer Beth Ryder is in trouble. She's taking pictures of things she can't see, things that aren't human. Beth has her own dreams, but people like her don't get to go free. She's seized by a dangerous organization dedicated to keeping Earth's shadow world -- and its frightening inhabitants -- a secret. Forced into otherworldly politics and uncertain whom to trust, Beth must come to terms with a radically altered future -- one in which her own humanity seems to be draining away.

Of all the beings that have lived on Earth, what if just a few had the power to make new realities, according to their desires? What would they create? The Second Emanation: a shadow world where ancient creatures persist, where humanity's dominance is far less certain, where wonder competes with horror. A world like an autumn forest, its realities as multiple and layered as fallen leaves. The world that gives us our gods.

In Becca Mills's Emanations series, this strange and magical world crosses paths with a seemingly ordinary young woman from the American Midwest. It'll never be the same again.

I regret it took me so long to read this one. I admit, I had picked it up numerous times and never was able to read more than a few pages at a time, not because the story wasn't good but rather I just didn't have the time.

I am glad I finally was able to start it and finish because truly this was a very imaginative read. And even though fantasy and I don't always get along, I did enjoy the uniqueness this one brought.

Nolanders are a very original being. So much so that I am still not all the way sure of what they are capable of, why they came about and well, all the history behind them. I am hoping the next installment will rectify that a little bit.

We are giving just enough information to keep us from being too confused about what it going on and just enough teasers to keep turning the pages to find out more.

I really can't go into too much detail without giving the whole plot away but I do think this was an enjoyable read with characters that I think over time, will really grow on me and I can see myself liking and caring about.

Ms. Mills did a nice job of giving us a lot of action and adventure as well as a dose of (potential) romance to appease my cravings.

Beth was a really interesting character that felt very real. She overreacts when it is called for and isn't always the shinning heroine. She is very much flawed, confused and in need of answers as she is thrust into a world that very few know about or understand and one that has dangers luring everywhere. Even with those that she has come to know and depend on.

I look forward to learning more about her and her abilities as the series progresses as well as the other Nolanders. I think they all have a story that is just waiting to be told and I wouldn't mind if a certain higher up and Beth end up forming a romance along the way.

It will be very interesting to see where Mills takes this series.