I am so excited to be a part of this tour. I love anything that has to do with mythology, whether that be Greek, Roman or my new fav, Norse and this series is just perfect for the craving I get for it every now and then. Not only do I get some great spins on mythology but also on one of mythologies greatest baddies Medusa, although in this case, she is anything but bad.

Not only that but Jodi is stopping by to tell us a little bit more of her feelings about the Ophis and I am super excited that she will be here. 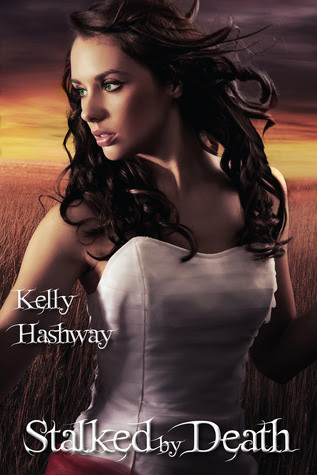 Book Description:
Jodi knows that any slip-ups made by the Ophi--a special group of necromancers born under the 13th sign of the zodiac--will fall on her shoulders... and that Hades is just waiting for them to screw up so he can wipe out the Ophi line.

Unfortunately, Jodi has only convinced one Ophi to join her school: A hot guy named Chase who jeopardizes her relationship with Alex. Jodi loves Alex, but Chase can enhance her powers with just a touch—making her stronger than any Ophi has ever been.

Her mixed emotions send her powers surging out of control, and the dead start rising without her conscious summoning—exactly what Hades doesn't want! If she chooses Alex over Chase, she may lose the battle to Hades, leading the Ophi race to extinction. If she chooses Chase, she might be able to stop Hades for good… but lose everything else.

Jodi needs to figure things out fast--because death is stalking her at every turn.

Guest Post:
What I Really Think About the Ophi

Okay, so when I met the Ophi, I didn’t have the greatest experience. I got stabbed in the back by some of them, and well, I sort of died. Or the human part of me did. But the Ophi in general aren’t bad people. Do some of us become evil from the power we possess? Yes. But let’s face it. Humans aren’t any better really. And I can say that since I used to be one.

If you ask Hades—which I did—why he hates the Ophi so much, he’ll tell you it’s because of what we do. We raise the dead. I can still hear his response. When was the last time anyone with a shred of humanity considered that a good thing? And okay, I get it. What we do is the stuff horror movies are based on. But raising the dead isn’t all bad. I’ve saved people, too. I don’t regret that for a second.

So yeah, I train the other Ophi to use our powers for good. I refuse to believe we are nothing more than an evil bunch of necromancers who torture souls by creating zombies. We have a greater calling than that, and I’m going to prove it. Not that it’s an easy task. I mean, I still can’t get used to adults listening to me. And after losing my mom and dad, I’d really like to default to someone older sometimes. You know, have a parental figure to make things better. But that’s not about to happen, so I’ll lead. I’ll do the best I can to make sure the Ophi don’t get a bad name. We aren’t monsters. And neither was our ancestor Medusa. It’s my job to prove that.

My Thoughts and Review:
I absolutely love the spin on mythology that Hashway created in this series. I have always loved Medusa and the fact that she isn't the villain in this series but rather a hero and a victim is just fantastic and completely draws you into the story line.

I really enjoyed the first book but after the ending I was really curious and maybe even a little nervous about where the story would go from there. I really shouldn't have been worried because Hashway took this series, the mythology, the story line and the characters to a whole new level. This definitely didn't suffer from the dreaded middle book syndrome so many series are prone to, in fact it made me love this series that much more. There was a lot more depth to Jodi and Alex, not only in their relationship with one another but with their characters as a whole as well. Things don't come as easy to Jodi as they did in the first book and she really struggles with her powers. She is trying to understand them, learn how to use them as well as train the other Ophi and hopefully avoid an all out war with the Hades all while still being a girl and trying to form friendships with the other Ophi and earn their trust and respect.

I wouldn't say Jodi comes into her own in this as much as I would say that she learns from her mistakes  and is constantly growing from them. She is learning who she can trust and that it is okay to ask for help when it is needed.

I loved where Hashway carried the story line and my only real complaint is that I didn't get more of the story and that this felt like it went way too fast. It will be very interesting to see where Hashway takes this series in the next book considering how all that happened and where she ended up but, I am convinced if anyone can pull it off, it is Hashway and I look forward to reading it.

*All thoughts and opinions are my own and were not influenced by the tour organization, publisher or author. I was not compensated for this review*