Review: The Road To You by Marilyn Brant 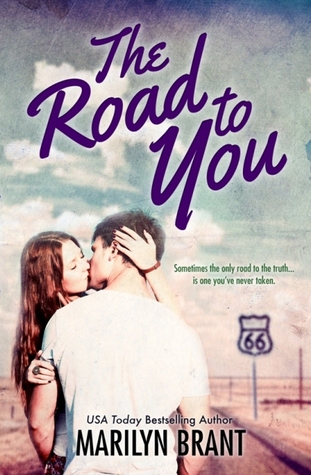 Title: The Road To You
Author: Marilyn Brant
Series: Stand Alone
Published By: Twelfth Night Books (October 3, 2013)
Source: ARC Copy Provided by the Author (in exchange for an honest review)
Genre: YA Mystery
My Rating: 4 Stars!

Book Description:
Sometimes the only road to the truth...is one you’ve never taken.

Until I found Gideon’s journal in the tool shed — locked in the cedar box where I’d once hidden my old diary — I’d been led to believe my brother was dead. But the contents of his journal changed all that.

The Road to Discovery...
Two years ago, Aurora Gray’s world turned upside down when her big brother Gideon and his best friend Jeremy disappeared. Now, during the summer of her 18th birthday, she unexpectedly finds her brother’s journal and sees that it’s been written in again. Recently. By him.

The Road to Danger...
There are secret messages coded within the journal’s pages. Aurora, who’s unusually perceptive and a natural puzzle solver, is hell bent on following where they lead, no matter what the cost. She confides in the only person she feels can help her interpret the clues: Donovan McCafferty, Jeremy’s older brother and a guy she’s always been drawn to — even against her better judgment.

The Road to You...
Reluctantly, Donovan agrees to go with her and, together, they set out on a road trip of discovery and danger, hoping to find their lost brothers and the answers to questions they’ve never dared to ask aloud.

In that expectant space between silence and melody, our trip began...


My Thoughts and Review:
This is one of those stories that surprises you. One that you don't know right away will end up completely capturing your attention and holding it, not because the synopsis wasn't good or because you weren’t' expecting it to be something you would like but rather it is unlike most books out there. One big puzzle just waiting to be dissected and then put together again. One big ball of mystery that is just as intriguing as it can be frustrating. Little clues and breadcrumbs left throughout the pages of a journal from a  brother gone missing years earlier.

The fact that this book, while recently written, takes place during the late 1970's is even better because it truly made it stand out, it truly made it something you don't see or read every day and it completely made the story being told, utterly believable.

Aurora and Donovan were both good characters and while I understand that this wasn't really a story just about them, it would have been nice to get a better, fleshed out version of them and I have to say it, the romance junkie in me was a little disappointed that there wasn't more to the romance and their connection than what was presented. Really this wasn't just a mission to find Jeremy and Gideon, this was just as much a mission about finding themselves as well as each other and I would have liked a little more of that part of them as well as the mystery and adventure of finding what happened to their brothers.

The clues and puzzle pieces were cleverly done and the mystery of their brother's disappearances really did stay a mystery for me up until the very end. Not once did I guess how far into it the boys had dug themselves or had uncovered until the fate of them, what had happened and who the bad guys were until it was all revealed at the very end.


With as much conspiracy, goose chases and mystery that is behind this story you would think it would be hard to follow or believe but the author still some how kept it very real feeling and a journey that truly was a fun one to uncover right along with Donovan and Aurora.