I am so happy to have author Nenia Campbell here today to tell us a little bit about herself and her YA series Horrorscape.
This is one series I really want to try, it just sound amazing and I have heard and seen some really great things about it and really, what better series to showcase this month for Something Wicked than with some horror and a little mystery?

Don't forget to check out today's other stops as well! 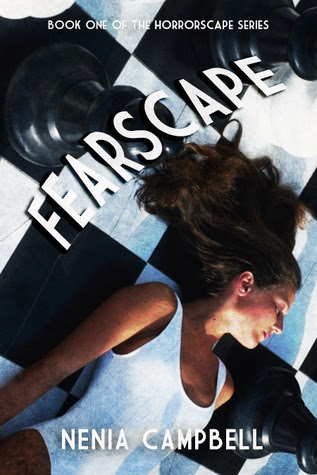 Book Description:
He followed her because he wanted to own her. She trusted him because she wanted excitement. There's a saying that curiosity can kill … but Valerian Kimble is beginning to learn that satisfaction might just be worse.

Fourteen-year-old Valerian lives in an age where antiheroes and bad boys are portrayed as the romantic ideal, and good guys are passe and boring. So when Gavin Mecozzi, the school's brilliant but twisted loner, begins to show an interest in her after a chance meeting in a pet store, Val is intrigued. He's charming and poetic and makes her feel things that she thought were only possible in books--

Because somebody is stalking Val. Somebody who wants to hurt her. Own her. Possess her. Maybe even kill her.

As her meetings with Gavin unravel into a more complex and frightening relationship, Val can't help but wonder if the new boy in her life is her depraved and obsessive stalker.

And whether he's capable of murder.

Time is running out. 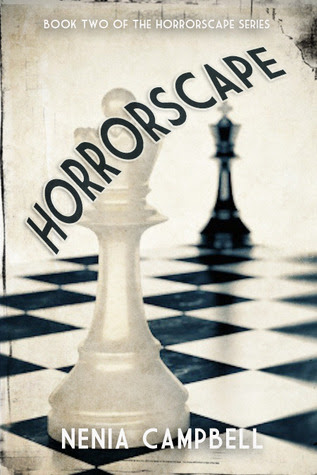 Book Two
Published: March 15, 2013
Book Description:
Val receives a calling card from a very dangerous boy who wants to play with her. It's a game without rules, logic, or consequence, and he'll stop at nothing to claim her as his—even if it means destroying them both.

Three years ago, Valerian Kimble got herself entangled with a burgeoning sociopath intent on adding her to his own columns of wins and losses. She managed to escape him, but at a terrible cost...

This time it's personal.

Now a high school senior, Val is a pale shadow of the girl she once was and still recovering from the terrible trauma she suffered at his hands. She is understandably reluctant when her friends receive mysterious invitations to a theme party being held in one of the old manor homes on the edge of town.

Right away, something about the party seems off. The other guests are secretive, and strangely hostile. Cell phones don't work. Doors lock and unlock, seemingly at will. And the festivities start to take a turn for the sinister as the evening progresses. Because their host loves games. Loves them so much that he's decided to make a little wager. The deadline is sunrise. The stakes? Their lives.

Thanks so much for being here today Nenia!

MGO: Tell us a little bit about yourself. What made you decide you wanted to be a writer?


I don't think becoming a writer was ever really a conscious decision; storytelling has always been an activity I enjoyed doing. As a kid, I was a total whiz at coming up with “let's pretend” games. Writing is basically for adults who never grew out of playing “let's pretend.”


I'm 24-years-old, and still letting my imagination run away with me. And you know what? No harm came of it! (Take that, elementary school teachers!) I have a BA in psychology and graduated from my university with honors—which sounds more impressive than it is, since it turns out you can't actually do much with a BA in psychology. But it's nice having a degree. Especially one with a shiny gold foil that says nice things about me in Latin.


I'm really quite shy, and until I started college the idea of public speaking made me want to hide under a table. If I ever become a famous writer, this could potentially be a very bad thing. I can just picture it now—TV interview, camera focused on me peering out from behind an armchair at Katie Couric, the microphone picking up on a very tiny, “eep.”


MGO: Who would you say influenced you the most to become a writer?


All the books I've read and then some!


Also, Stephen King. When I read his book On Writing at age fifteen or so, it really put a lot of things into perspective for me. His advice, for example, about waiting a few weeks before proofreading so as to reread your drafts with clear eyes—I love that.


My parents are also pretty supportive, but I feel like they're torn on the issue since it's not the most lucrative of professions and they don't want to encourage me to do something that will end up with me living on the streets like the proverbial “starving artist.”


MGO: Tell us a little bit about your YA series?


The Horrorscape trilogy is about a girl who gets entangled with a card-carrying psychopath: a psychopath who's totally obsessed with her, and will literally stop at nothing to possess her. Only the first two books—Fearscape and Horrorscape—could really be classified as YA (the second one is more NA). The third, however, is definitely not YA-friendly, and I tried to emphasize that with a bold disclaimer in the summary. I understand not everyone is cool with such dark content, so each book in the series could potentially be read as a standalone. If things get too squicky for you, you can stop wherever your comfort zone is! Hooray!


The IMA series is about a different girl who gets entangled with a group of mercenaries after her father accidentally-on-purpose hacks into a computer in one of their weapons departments. Obviously, they are not happy, and one of them kidnaps the MC to hold as hostage until her father turns over the files he copied. Buuut things don't work out that way. These stories are both NA.


I'm also planning a series of fairytale retellings. Some will be dark, some will be fluffy, but all of them will hopefully cause people to look at traditional fairytale stories in new ways. (I love fairytales so, so, SO much. I grew up on them, both Eastern and Western, and several of my up-and-comings will be based on Japanese and Korean folklore.)


I noticed that you currently write in a few different genres, which one would you say if your favorite to write in? Which is your favorite as a reader to enjoy?


Well, like I just said, I love fairytale retellings and fairy stories. They're quaint and old-fashioned, but oftentimes quite horrific, too. It's like biting into a beautifully frosted cupcake and finding a spider baked inside—you don't quite know the horror you're setting yourself up for until it's too late to retreat.


For the same reason, I also really like gothic novels. I love the slow build-up, the atmosphere, and how the tropes are like special little in-jokes among the readers.


My tastes as a reader mimic my tastes as a writer, which shouldn't be surprising in the least. I like gothic novels, space opera, bodice-rippers, glitter-trash, cyberpunk, literature, pop science, low fantasy, fairytale retellings, and family sagas. My favorite modern books tend to be published between 1980-1990, though I've a couple more recent goodies. :)


Any color you can find on a peacock.


For favorite books—hardback, because they last longer.


For quick, bite-sized reads—paperback, because they don't hurt as much if you accidentally drop them on your face. (True story.)


For the spatially-challenged—ebooks, since they take up practically no room. I read quite a bit on my computer, and to a lesser extend on my Kindle as well. However, I'm intimidated by my Kindle. You can't hurl them around like regular books, and I'm terrified of breaking it. Plus, it's a scheming little such-and-such. In fact, I'm starting to believe that it was specifically programmed to run low on battery whenever I'm reading a good part.

MGO: Thank you so much Nenia!!

Also as another treat Nenia if offering up a PDF copy to one luck winner of book one and two in her series!
Thanks again Nenia for being a part of this tour, for agreeing to do an interview and for the giveaway!!