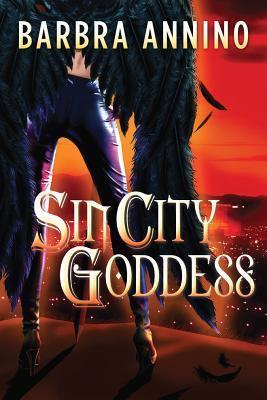 Book Description:
Tisiphone loves spending her days playing poker in the underworld, far away from mortals and all the trouble they cause—and all the terrible mistakes they make. Unfortunately for this goddess, her sister Alecto has vanished in Las Vegas—and the gods of Olympus believe only Tisi can find her and bring her back. To make matters worse, they force her to partner up with a mortal: recently deceased FBI agent Archer Mays. With all these challenges, how can a Fury keep her temper?

On their quest to track down the missing goddess, Tisi and Archer battle danger, demons, and even their simmering attraction to one another— until a sinister plot unfolds that could devastate humans and gods alike. Now, Tisiphone must set everything right within a few days, or find herself trapped in the mortal world she despises…forever.

From the author of the enchanting Stacy Justice series comes the first book in her brand-new Secret Goddess series: a book that proves hell hath no Fury, because she’s in Las Vegas.

I fell in love with Barbra's writing after reading her Stacy Justice series and I knew that after that I would read anything she had to write.

I was so very happy to see that she was coming out with a new series that I didn't even hesitate to pick this one up and dive right in.

Goddesses, gods, demons, monsters and a murderer on the loose, all in Sin City? What’s not to love?

I really enjoyed this, it was a lot of fun. It had just the right amount of intrigue, action, romance, mythology lore and of course danger.

I loved how Barbra incorporated her Stacy Justice series into this with glimpses of Stacy and Chance and I really liked Tisi's hard as nails no nonsense attitude but the fact that she still had a softer side.

The banter between the gods and goddesses was great and I loved the dynamic of the group.

Archer was wonderful and I liked the chemistry between him and Tisi. Once again it was wonderful to see a canine companion in this novel, Cerberus was a fun addition and he reminded me a lot of Thor from Stacy's books.

I really think this series has a lot of potential. I am really looking forward to future installments.