Book Description:
Mac Thorne’s time as a Changeling is coming to an end.

It may have taken eighteen years, but Mac did finally manage to do what the Council wanted: she chose a teacher and renounced the in-between.

There’s just one last step. She must say goodbye to her human. Forever.

After being challenged in every way possible, Mac leaves what she thought would be the easiest task for the last possible moment. As midnight on July fourth draws near, though, she hasn’t found a way to give up Winn Thomas.

Nor does she want to.

With time running out, Mac stands at a literal crossroads. Choose Winn, and she’ll be stripped of the only family she’s ever known — vampires, dragons, and her favorite demon. Even her own mother. Accept her position on the Council and rule as an equal to her twelve peers, and she’ll forget Winn ever existed.

Independence and freedom have never before been so limiting.

In this final chapter of the 19th Year Trilogy, it’s time for Mac to decide. 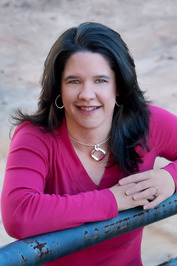 How the idea for a book about a changeling came about.
There are moments, as an author, that we simply don't force. For me, it’s usually the creation of a facet of a story. Like who a character is, or what the character’s problem is or even just a title. These moments ‘just happen’ and its in these that either a story is born or an idea sparks something else to happen in an already created story.

In the case of Mac Thorne, she came to me as After Dark (title and all) as a changeling. I didn’t do anything to create her. One day she just litterally popped into my head.

What would an eighteen year old do if she could only be one thing upon the end of her 19th year? And never change it? That was the situation that dropped into my writing brain and that spurred the entire trilogy.

Of course in then thinking about this problem, I had to have one creature that could be anything up to this point and while the original lore about changelings isn’t that they can shape-shift and *be* anything, but that’s not what being creative is all about. We take what’s common or known and twist it to be something new and exciting.

Therein lies the ‘birth’ of Mac Thorne and her ultimate problem - how to choose what to be.

The fact that she’s a changeling just comes because I got creative with the name of the creature  being ‘change’ and envisioned a totally different type of life than mythology suggests.

From there, all three books came to be and as we close it out with the third today, you’ll have to read to the end to find out just what Mac picked.

What form will Mackenzie Thorne, of the 19th Year Trilogy, select upon turning 19?

It is so hard saying goodbye to trilogies and series you have come to love and care about. To never see the characters again, those pesky people who have crept into your heart over the course of the books and have become like friends. You don't want to say goodbye yet you can' help but once again become immersed in their story as you read on, dying to know how it all ends.

Do they get their happily ever after that you are hoping for or are things left open ended and frustrating beyond belief? Will you close the book with a happy sigh or want to chuck it across the room with disbelief that the author choose end it the way she did?

Either way I knew I was going to be in for quite the ride. There were so many questions that still needed answers, so much still left unsaid and undone. I knew I needed to buckle up. I was afraid the ride would be bumpy at best and a full on mud slinging four by four, get stuck in the ditch ride at the least.

I wasn't wrong, not at all, this was quite the journey. One filled with happiness and love but also heartbreak, consequences and as always, filled with a beautiful friendship that was forged from the very beginning between all the characters. Ever single one of them had a role to play in the final book and they all played it well.

Emi Gayle managed to create a beautiful ending to a fabulous trilogy, and while it wasn't all smooth sailing, it was perfect. Yes there was heartache and tough times for Mac and Winn but everything played out wonderfully, fabulously, realistically. Everything was answered and them some. She didn't leave a single thread undone or a single word unspoken.

Gayle outdid her self and this last installment shined. I couldn't have asked for anything more.