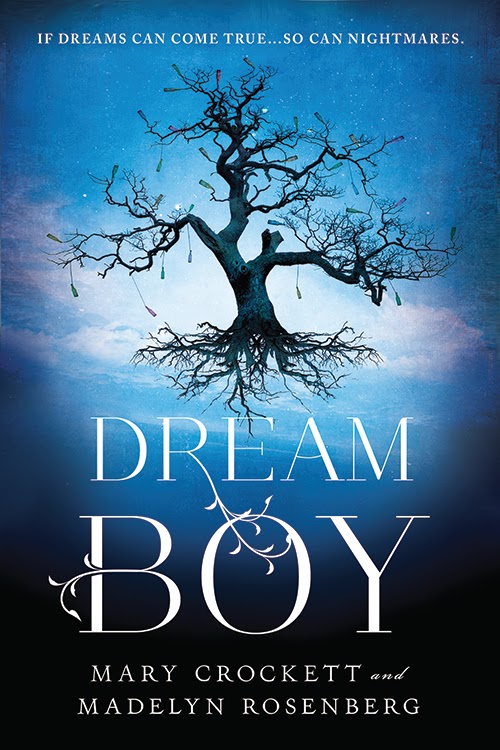 Book Description:
Annabelle Manning feels like she’s doing time at her high school in Chilton, Virginia. She has her friends at her lunchtime table of nobodies. What she doesn’t have are possibilities. Or a date for Homecoming. Things get more interesting at night, when she spends time with the boy of her dreams. But the blue-eyed boy with the fairytale smile is just that—a dream. Until the Friday afternoon he walks into her chemistry class.

One of friends suspects he’s an alien. Another is pretty sure it’s all one big case of deja vu. While Annabelle doesn’t know what to think, she’s willing to believe that the charming Martin Zirkle may just be her dream come true. But as Annabelle discovers the truth behind dreams—where they come from and what they mean—she is forced to face a dark reality she had not expected. More than just Martin has arrived in Chilton. As Annabelle learns, if dreams can come true, so can nightmares.

Like the small southern town where it's set, Dream Boy is edged by wilderness, mysticism and mystery. The bottle tree on the cover perfectly captures the novel's mix of dream and nightmare.

So what is a bottle tree?

In Dream Boy, the bottle tree creates a connection point between the real world and what lies beyond.

“We were beyond excited with how the cover turned out,” says Mary Crockett. “It was a serious thrill to see something from our imaginations become real. And not only real, but gorgeous.”

Madelyn Rosenberg agrees, “We're lucky we had such excellent people working on it—with designer Eileen Carey and Sourcebooks creative services manager Adrienne Krogh at the top of the list.”

Mary Crockett is author of several award-winning books of poetry and co-author of a history of Salem, Virginia, her hometown. Mary taught writing at Roanoke College and served as director of the Salem Museum. She now lives with her family in an old house along Virginia's Wilderness Road.

Madelyn Rosenberg grew up 32 miles away in Blacksburg, Va. She spent a decade as a newspaper reporter before she began writing fiction. Her books include The Schmutzy Family and Canary in the Coal Mine. She lives with her family in Arlington.

Mary and Madelyn first met about 15 years ago co-teaching a creative writing class for teens.