Indie Book of the Week: Ruining Me by Nicole Reed

This weeks Indie Book of the Week goes to none other than Nicole Reed and her debut New Adult book,  Ruining Me. 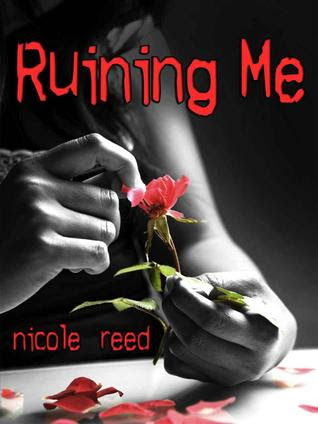 Two years ago she had the world in the palm of her hand and in one moment it was all ruined for her. Secrets, lies and the worst imaginable betrayal will haunt her for the next two years, until all of it catches up to her and she will lose the control of the lonely world she has built around herself.

Three guys from her past and present will be there when it all comes crashing down. JT the perfect boyfriend she never wanted to give up, Rhye the local bad boy “rock star” that made her forget the past and Kane the funny and sweet tattooed bartender that wants her future.

Is it possible to change the path she chose for herself and still keep all of her secrets? 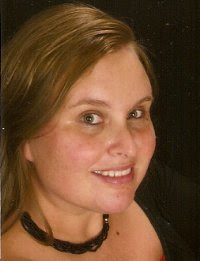 About the Author:
Nicole Reed can be found at or watching a football game for most of the year. The rest of the year you can find me hauling kids all over the great state of Georgia for baseball or gymnastics practice. When I get a second for myself, you will find me hidden somewhere in my house (I’m not giving my hidey hole away) with my ear buds in, a kindle in my hand with my laptop and phone sprawled on my lap. I’m a multi-tasker YO. I’m a serious music junky and listen to anything and everything.

Currently, writing sequel to Ruining Me. :)

My Thoughts and Review on Ruining Me:


Wow, just wow. This book completely took me by surprise and that rarely happens. I was expecting a good read but nothing as emotional as this one left me.

I laughed at times, got teary eyed at others, mad and disgusted at yet other times. I think I had a whole rainbow of emotions while reading Jay’s story.

James (also known as Jay, and before I go any further, how awesome is James for a girl’s name?), has something drastic happen in her life during her sophomore year of high school. And while the specifics were a surprise the hints along the way were not. I was pretty sure I knew what had happened before it was revealed but everything that transpired along the way, was quite the ride. There were some twists (big ones in fact) that I just didn’t see coming.

Kane and JT were both amazing characters. Even Rhye was pretty fabulous. Cal, Molly, Reed, okay, there were a whole cast of wonderful characters in this story. It was hard to pick a favorite, in fact I still can’t.

I didn’t even want to choose between the guys because all of them were fabulous and any one of them could have been great for Jay. Each one showed her so much and gave her so much that is was impossible to not like them and love them for their strength and kindness towards her in a time that she really just wanted to self destruct and hide away.

Jay was strong though, stronger than she gave herself credit for. Even in the end….I think she underestimated how strong of a person she was.

I can’t even believe how this one ended. Talk about an emotional roller coaster of a ride! Gah! I still don’t’ know what to think about the ending, other than, the next book better be out soon!

I won’t say anymore. I know this review is so very vague but that is because this is one that you just need to take an afternoon off from everything else and sit down and read. It was fabulous. The writing blew me away. Reed is one author I will be keeping my eye on and will be on my automatic buy now list whenever something new comes out, I enjoyed this book that much.

I will be one of the first people to buy the sequel when it comes out.