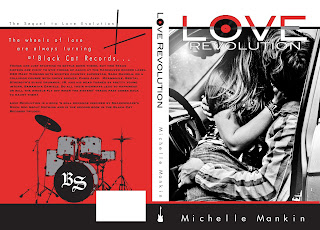 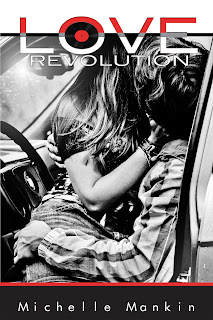 Book Description:
The wheels of love are always turning at Black Cat Records. Things are just starting to settle down there, but two Texas sisters are fixin’ to stir things up again at the Vancouver record label. CEO Mary Timmons sets spirited country superstar, Sara Daniels, on a collision course with cocky rocker, Chris Alex. Meanwhile, Brutal Strength’s suave drummer, JR, has his head turned by pretty young intern, Samantha Daniels. Do all their highways lead to happiness or will the wheels fly off when the sisters’ tragic past comes back to haunt them?
Love Revolution is a rock ‘n roll romance inspired by Shakespeare’s Much Ado About Nothing and is the second book in the Black Cat Records Trilogy.

The 2nd book in the Black Cat Records Shakespeare inspired series has more MUSIC, more ROMANCE, and much, much, more STEAM...
A lone spotlight illuminated JR as he began to lay down a heavy beat. Strobes flashed as Avery stepped out from behind the black curtain to meet Marcus at center stage. He reached for her, but she leaned away, just out of reach. She winked at him and smiled at the audience. The crowd roared their approval...For Sam, the spotlight stayed on JR. She didn't notice anyone else. Frenetic, yet fluid, he flailed away on the drums like a madman, a modern day Keith Moon. His sticks spun like twin rotator blades on a Chinook helicopter, and his knees moved up and down, pistons pounding out a rhythm.
Her whole body came alive at the first touch of his warm lips on hers, the tender way he‘d looked at her the moment before a tantalizing preview of the gentle way he was devouring her lips now
An anticipatory thrill ran down her spine as Chris Alex stalked her. Sara cast her gaze around the room, trying to avoid gaping at his naked torso. No use. Pupils dilated, her eyes followed the trail of brown hair down to the point where it tapered and disappeared into the waistband of his low hanging jeans. Oh, no. Wrong place to look. Look up. Look up. Icy fire ran through her veins. She licked her dry lips and nervously balled up her hands... 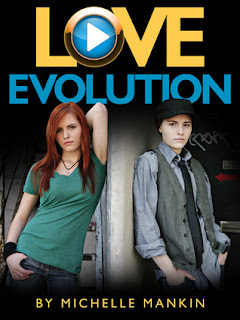 After the death of her twin brother, nineteen year old guitar prodigy Avery Jones finds herself desperate, alone, and out of options. Hope arrives in the form of a job opening with Brutal Strength, one of the biggest rock bands out there. Only problem is temperamental lead singer Marcus Anthony doesn't want a woman in the group. So Avery and her manager Trevor come up with a plan involving a Bieber haircut and men's clothing. No one seems to be onto their little con. But what happens when Avery starts falling for Marcus? Will she be able to continue with the farce or will the whole thing come crashing down around her like a house of cards?
Love Evolution (the first in a planned trilogy) is a rock 'n roll romance based on Shakespeare's Twelfth Night. 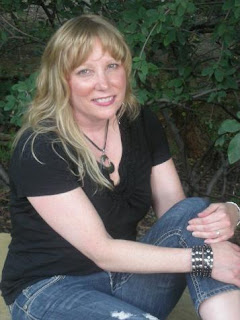 Author Bio:
Michelle Mankin is a young adult romance writer as well as a self proclaimed giant... inside of her own mind!
For many years she worked in the insurance industry as an underwriter. Somehow, the boredom didn't kill her but the hour and hours of looking at facts and figures provided ample time for her mind to wander.
Love Evolution is her debut novel. A rock 'n roll romance based on Shakespeare's Twelfth Night. It is the first in a planned trilogy using the plot underpinnings of Shakespeare combined with the drama, excitement, and indisputable sexiness of the rock 'n roll industry.

When she is not putting her daydreams down on paper, you can find her traveling the world with her family, sometimes for real, and sometimes just for pretend as she takes the children to school and back.