Review and Giveaway: The Athena Effect by Derrolyn Anderson

Title: The Athena Effect
Author: Derrolyn Anderson
Series: Book One in The Athena effect Series
Published: August 30, 2012 (Self Published)
Source: Copy Provided by the Author (in exchange for an honest review, this did not influence my review in any way)
Genre: YA Fantasy
My Rating: 3.5 Stars

Goodreads Description:
Country girl Cali has been kept a secret her entire life, raised in isolation by two very troubled people. Despite her parent’s disturbing fits, Cal is perfectly content, living at one with the nature that surrounds her, and finding adventure inside the pages of her beloved books. When an awful tragedy tears her away from her remote cabin in the woods, nothing she’s ever read has prepared her for a world that she knows very little about.

Girls and motorcycles are what bad-boy Cal’s life is all about. Brought up in a raucous party house by his biker brother, he’s free to do as he pleases, going through the motions on his final days of high school. Aimless, Cal stopped thinking about his future a long time ago.

Attacked by a gang of thugs while running an errand for his brother, Cal is in serious trouble until a fierce girl appears out of nowhere to intervene. She chases off three grown men, sparing Cal a brutal beating before disappearing into the night like a spirit. He can’t stop thinking about his mysterious rescuer, and when she turns out to be the weird new girl at school who goes out of her way to avoid him, he can’t contain his curiosity.

He’s never met anyone like her before, and the more he learns about the unusual girl who shares his nickname, the more he wants to know. Cal can’t help falling for Cal, but can he keep her from falling victim to a dangerous enemy from her parent’s tragic past?

I am not sure where to start with this review, this is the first book by the author that I have read so I wasn't quite use to her writing style. Nothing bad mind you, just different than what I normally read so it took a little getting use to.

Even though the writing was a little different, the prologue was fabulous and kept me turning the pages onto the next chapter. Once I did get use to the writing style, I felt more like I could get into the story and really start to enjoy it.

Cali was a very sheltered girl who grew up in the woods with her parents pretty secluded from the outside world. She isn't your typical teenage girl however, she can see people's auras and later learns that she can manipulate them too. She has no idea why she can do any of these things or what it even means. In fact, at first, she doesn't even have any clue that this isn't a normal trait to have.

It isn't until her parents are killed in a tragic accident that she is thrown into the real world with an aunt she didn't even know she had.

There she meets Cal, the resident bad boy.

Really this was a very cute story about first love but it was also more than that. It was about a young girl discovering who she really was and learning about her abilities. I was worried there for awhile that we were only going to get the love story in this first book (not that I didn't love it, because I really really did, Cal is just awesome!) but I really wanted to know more about Cali's parents, why they ran and why Cali has the abilities she does because I knew there was a great story there.

A little over half way through we finally get some questions answered and a little more of the puzzle came together as we learn about Cali's parent's past and even about Cali herself and even the infamous Professor Reed and the Athena Effect.

I really enjoyed this read, more than I thought I was going to at first. I would be very interested to see what the next installment holds for Cali and Cal and Layla and Michael.
Giveaway:
The author has generously offered up two giveaways today. 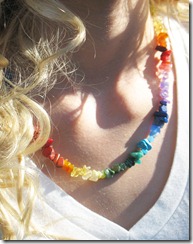