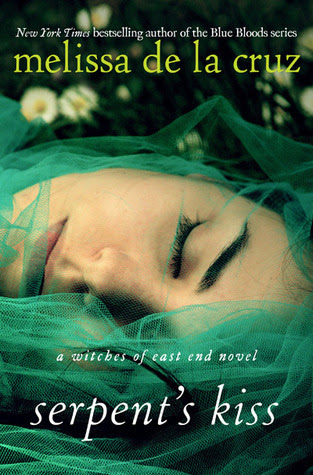 
Book Description:
Just as things have settled down in the off-the-map Long Island town of North Hampton for the magical Beauchamp family, everything gets turned upside down once more when Freya's twin brother Fryr, or "Freddie" as he's called now, returns from Limbo with shocking news - that it was none other than Freya's fiancé, Killian Gardiner, who set up his downfall.
He begs Freya to keep his presence a secret, even from their own family, but somehow the irascible Freddie is still able to conduct many affairs with the town's young lovelies from his self-imposed exile. Until he falls for the wrong girl.

While Freya tries to keep her brother from exacting revenge on the man she loves, Ingrid has her own problems. Her human boyfriend, Matt Noble, becomes entangled in a complicated investigation, and when the magical creatures at the center of it come to Ingrid for help, she has a difficult choice to make.

To top it off, a dead spirit is trying to make contact with Joanna - but does it mean to harm or warn the witches? All hell breaks loose at the family reunion over Thanksgiving, and much mayhem ensues, but when the culprit behind Freddie's imprisonment is finally revealed, it may already be too late to staunch the poison that's been released by the serpent's kiss. The spells cast by the bestselling Witches of East End continue in this bewitching follow-up that Melissa de la Cruz's many fans won't want to miss.


My Thoughts and Review:
I fell in like with the Beauchamp women from the very first preview of them I received in Melissa's Ya series Blue Bloods and so far that like as held through the series.

While the start of this one was a little slower than the first book is still held pretty strong. Once again de la Cruz captures your imagination with her spin on witches and gods and goddesses in the second installments of the Witches of East End series, Serpent’s Kiss.

Not only in this installment do we get the wonderfully crafty Beauchamp women but we get the men as well. Freddie has escaped imprisonment and with his escapement comes doubts on Freya's love and soul mate Killian as Freddie accuses him of stealing his trident and blowing up the bridge that held all their power world, weakening them all, so many centuries before. If that wasn't bad enough pixies are reeking havoc on the town and a ghost is out to get Joanna, the oldest of the Beauchamp women.

Once again we are thrown into their world of magic, mystery, danger and deceit. Where nothing is what it seems and no one can be trusted.

Okay, that may have been a little dramatic but it seems there are constantly twists and turns around every corner and nothing really is ever what it seems to be. So much is happening in this. Not only is Freya trying to clear Freddie's name and keep him and Killian out of Limbo but Ingrid is trying to build a relationship with a man for the first time in her long existence and deal with why the pixies are suddenly in her world. There is a ghost lose that is demanding help and Joanna is still sorting through her feelings for Harold and Norman while trying to figure out what the ghost haunting her wants before it is too late. It is hard to know whom to trust and what is real and not real, whom are friends and who are enemies.

I loved that while Joanna was helping her ghost friend, we get more background on the Salem witch trials and how Freya and Ingrid were hung. It brought out a lot of emotions for her and made her deal with feelings she had buried long ago. In fact, we get a lot of background info on the whole Beauchamp family as the story unfolds. We get to see them fall in love, learn from past mistakes and grow.


This was slow in parts but nothing too bad and the ending definitely left me wanting to start the next book.