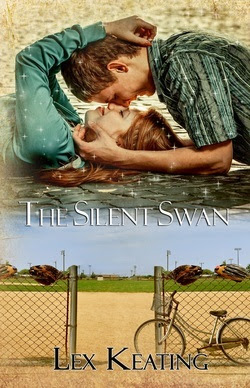 Book Description:
Once upon a time – better known as “now” - Gabriel Pritz reigns as king of his high school. Easy grades, perfect baseball season, a pretty date for prom—he's coasting into a golden future. Until his parents demand he cook dinner once a week. Caught between kitchen fires and ballpark withdrawal, Gabe is thrown into Tam Swann's orbit. Hostile, friendless, and stubborn, she's exactly the sort of person he'd prefer to avoid.

Tam's sphere of influence expands beyond Gabe's sad domestic skills, rapidly invading everything from his favorite game to parts of his soul he didn't know existed. It's uncomfortable, it's hard work, it's...making him a better man. And that's just what she does to people she doesn't like. The better he gets to know her, the more he has to face the truth: this sharp, heart-breaking outcast is worth fighting for. How many families, fairy tales, and felons will he go through to ride to the rescue of the bravest person he's ever met?


My Thoughts and Review:
There were quite a few great reviews for this one already when I first saw the ARC of this, which is why I took the chance and requested it.

I would love to say that I was able to jump right into this one and love it from the very beginning but that sadly just wasn't the case.

The writing was a bit all over the place, it jumped around and the MC never really seemed to form coherent thoughts. It jumped around a lot and I never quite felt like I had a grasp on exactly what was going on. Was this the cause of being suck inside the head of an adolescent teenage boy? Possibly. Maybe in reality, it was actually very realistic. I have no clue. Either way, it took me awhile to get use to the writing style and finally feel like I really understood Gabe and his seemingly, easily distracted thought processes. I think it didn't help that we sort of jumped into his life and all the chaos that ensued from having four very active and equally crazy, brothers under one roof.

Was there a great story under all the maddening chaos? Absolutely. In fact Tam and her home life (or lack thereof) was very endearing. She was aloof and distant and very hard to like but under all that roughness was a girl very much wanting to be loved and wanting to take care of her brothers. In essence, there was a lot under that gruff exterior that just had to be polished up so it could shine.

I would love to say I fell in love with Gabe but I never did quite connect with him the way I was hoping that I would but that wasn't necessarily a bad thing. He was a good character and he did grow a lot throughout the story, which is always a plus in my book. And he did do a world of good for Tam in the end. He never gave up on her even when she wasn't easy to put up with and I have to give the boy props for that. I just wish this would have been a little easier to follow and comprehend at times. I never was able to fall into the story and get lost but I did enjoy the way that it picked up at the end and all of the characters growth throughout the story.


Overall this was a sweet story about two people coming together and helping one another in the only way they know how. Changing for the better and letting others end and knowing when to ask for help and letting others help you as well as helping them.