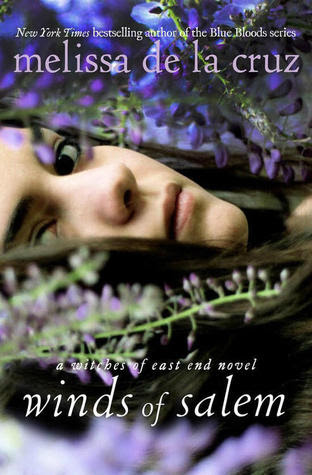 
Book Description:
Freya Beauchamp is trapped in 1692, in Salem of all places, with no recollection of her past. A powerful enemy spell has sent her spiraling away so that she is separated by centuries from her mother, Joanna, and sister, Ingrid. This is not good news for a twenty-first-century witch. Not to mention the immediate threat she faces from the wealthy and influential Putnam family. When little Annie Putnam is one of the first to make accusations of witchcraft, her landowner father jumps at the opportunity to consolidate his power and expand his holdings in Puritan Salem Town. If Freya is caught using magic, she will be forced to relive the witch trials, and this time, even her immortality is in question.


Meanwhile, twenty-first-century North Hampton has its own snares. Joanna and Norm consult the Oracle for advice, and Freddie and his pixie allies search for a missing totem that could reopen the passages of time and help bring his sister home. When Ingrid bumps into an old flame, she finds that her new love for Detective Matt Noble is in doubt.

My Thoughts and Review:
I have been looking forward to reading the third installment in the Witches of East End as soon as I  knew it would be concentrating on the Salem Witch trials when Freya was thrust back in time in the second book and I admit, I couldn't wait. The history buff in me was dying to know more. I wanted the world that Freya and Ingrid most remembered to be fleshed out and real. I wanted to know what happened. How they were accused of being witches and what lead up to their deaths. Only this time, I knew things would be different, they wouldn't all play out like they had once before. I knew Freya being there again would change things. What I didn’t' count on was the fact that with Freya going back, her memories also were lost. She had no idea who she was or why she was there and I knew I was going to love reading about it all and it unfolded.

Mercy was an interesting character and I couldn’t help but be intrigued by her from the very beginning. A naughty girl in a time when everything was suppose to be pure and innocent and completely harmless. A time when woman started to speak out and become jealous and vengeful of those around them. A time when the Puritans weren't so pure and it seemed like they were all living a facade.

The whole Salem trials and accusations really was my favorite part of this whole book. I loved watching how everything evolved and grew into the ugliness we have all come to know about. How jealously, revenge and loss can make us all do terrible things if we let them get the better of us.

I love that this bounced back and forth between Salem and the present with Freya's family all struggling with the loss of their powers and trying to get Freya and Killian back.

It was nice seeing not only their devotion to one another but seeing their lives and relationship evolve with one another as well with those around them as they each struggled with not knowing what the future would hold.

I had no idea going into this that this was the last book in the series, or at least, with the way it ended I am assuming it was the last book. Everyone was pretty much settled in one way or another as much as Immortal gods and goddesses can be at any rate.

While I loved all the history and growth of the characters the ending did feel a little rushed, not quite as drawn out as the other two books in the series and like I mentioned, having no idea this (is more than likely) the last book in the series. I am a little sad it is already over with. While I am happy with the way it ended it would have been nice to see a little more, but then again, I guess that is what imaginations are for.


Overall I have enjoyed the Beauchamp family and look forward to reading whatever de la Cruz has in store for us in the future.