I am very excited to be hosting a guest post by Elizabeth today. I really enjoyed her debut novel Whisper Falls (see my review HERE) and am excited to be bringing you even more from her!


While training for a mountain bike race, high-school senior Mark Lewis spots a mysterious girl dressed in odd clothing, standing behind a waterfall in the woods near his North Carolina home. When she comments on the strange machine that he rides, he suspects something isn’t right. When Susanna claims to be an indentured servant from 1796, he wonders if she's crazy. Yet he feels compelled to find out more.

Mark enters a ‘long-distance’ relationship with Susanna through the shimmering--and temperamental--barrier of Whisper Falls. Curious about her world, Mark combs through history to learn about the brutal life she's trapped in. But knowledge can be dangerous. Soon he must choose between the risk of changing history or dooming the girl he can't stop thinking about to a lifetime of misery. 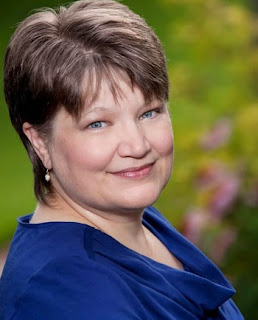 
I live in North Carolina and work in the computer industry for my day job. I have two YA daughters and one really old husband. At night, when I'm not writing, I'm watching TV (So You Think You Can Dance, The Daily Show, Castle) or reading (and that is all over the place.)

Guest Post:
How did I pick the two eras in Whisper Falls?

A librarian in New Zealand deserves the credit.

In 2009, I went on a family vacation to NZ. We visited the local library in a small town on the South Island. While my daughters were checking their email on a public computer, I talked to the YA librarian. I asked her what would make an American YA historical interesting to NZ teens. She said, “No wars.”

A few months later, I decided to play around with an idea from a Twilight Zone episode that I’d seen in the 1980s. In “A Message From Charity”, a modern-day guy “meets” a colonial girl through a rock. Charity had been accused of witchcraft during the Salem Witch Trials.

I didn’t want to use the ending of that story, or the setting, or the rock.

But I did like the skeleton of the idea. With all of the research I’d done on 18th century North Carolina, I knew that my heroine would be Susanna, an indentured servant girl living near Raleigh.  That librarian’s comment helped me narrow Susanna’s world to the period between the American War for Independence and the War of 1812. Based on some actual historical events in Raleigh and Wake County, NC, 1796 became the perfect year for Susanna’s half of Whisper Falls.

Choosing the year for Mark became even easier. I wanted him to have the exact same calendar as Susanna. 1796 and 2016 are both leap years beginning on a Friday.

Mark’s year gave me a little bit of a headache because it hadn’t happened yet. Who would be president then? Would we still be using smartphones and iPads? Might a natural disaster ruin some of the landmarks I mention? I had to be careful with some of those details.

I also had to revisit some of my research. Until I began Whisper Falls, most of my historical research had covered the colonial period of America. I had to refresh my data to include the time period when George Washington was president. But I didn't mind. I think research can be fun. Fortunately, the food, clothing, transportation, homes, culture, etc were somewhat similar in the decades between the 1770s and 1790s.

So, thank you to the librarian in Port Chalmers, NZ. You pointed me in the right direction—and the history was just waiting there for me, full of great stories.
Posted by Kindlemom at 12:00 AM