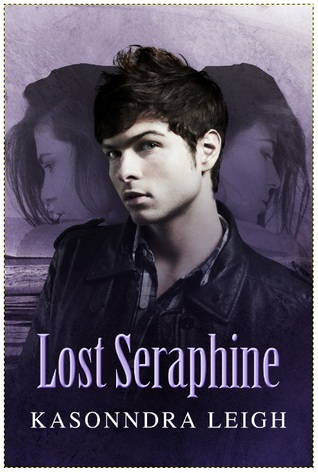 Life should be a little more sane now, right? Wrong! It’s kind of hard to ignore the walkers, fallen souls taken by the Angel of Chaos. Oh yeah, only Caleb can see them.

After saving his girlfriend from the wrath of a sea witch, Caleb finds himself faced with a new problem…understanding the strange tattoos showing up on his body. He must also deal with his Lost Seraphine, the girl who left her family behind to save the boy she loves. The same girl who just happens to be the daughter of a mythological god.

Gia gave up one of her powers to be with Caleb. She knew that she was connected to the Dark Seraphine in some way. You see, there’s a prophecy, something she always believed to be a fairy tale linking her with the girl who also wants Caleb. Haunted by visions of her dead brother, Gia realizes she has made a terrible mistake. The ability she gave up is the one thing she will need to keep her boyfriend safe.

Will Caleb be able to accept the things he will learn about his real father while trying to save the girl he loves from herself? Book Two of the Seraphine Trilogy and prequel to the Lost Immortals Saga is coming soon.

My Thoughts and Review:
I really enjoyed the first book in the series even though Caleb's voice is a little hard to get use to at first. He is immature at times and being only a seventeen year old boy, acts his age, sometimes even less so.

He is funny, caring and truly does have a heart of gold and good intentions. With Gia being in his life and all the challenges that came with that, he really has grown up a lot from the first book.

There is a lot that goes on in this second installment, a lot of discoveries, betrayal and hardships but one thing remains the same, Caleb and Gia's bond, respect for one another and their love.


I don't want to get into too many details but this was a nice addition to the trilogy and with all that happens, doesn't happen and all that took place, it will be interesting to see where the author not only takes Caleb and Gia's relationship but how she deals with the prophecy and the outcome of all that Caleb and Gia hold dear. This was an enjoyable middle book that I think fans of the series will really like.