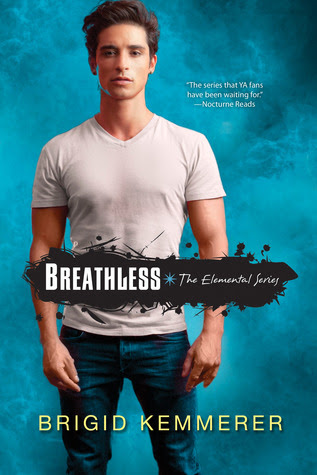 Book Description:
Too many secrets. Not enough time. Nick Merrick is supposed to be the level-headed one. The peacemaker. Since it’s just him and his three hotheaded brothers against the world, that’s a survival tactic. But now he’s got problems even his brothers can’t help him survive. His so-called girlfriend, Quinn, is going quick as mercury from daring to crazy. Meanwhile, Quinn’s dancer friend Adam is throwing Nick off balance, forcing him to recognize a truth he’d rather shove back into the dark. He can feel it—-the atmosphere is sizzling. Danger is on the way. But whatever happens next, Nick is starting to find out that sometimes nothing you do can keep the peace


I always knew that there was more to Nick Merrick than we so far had seen, but, holy crap I had no idea just how much there was.

I really felt for Nick in this one. I love the Merrick brother, heck, I love this series. And all of the brothers seem lost in their own way. Each dealing with what they are, the deaths of their parents and the people out there that want to hurt them but Nick. Nick, I think just might have it the worst.

He is confused and lonely and doesn’t quite know what he wants yet. Well, that isn't exactly true. He knows what he wants but he is too afraid that by getting it, he will lose everything else he loves in life. That just about broke my heart.

Honestly this novella completely took me by surprise. I wasn't expecting it to be anything like it was and I think part of me is still processing that. It just goes to show that once I think I have things figured out, Kemmerer can come and knock me off my feet again and I have to re access everything.

I really liked that this time this novella wasn't just about Nick but about Quinn too. I really liked Quinn for the last book and I am glad that we got more of her because she had a pretty big role in this one being Nick's girlfriend. I am glad that we got her thoughts and views on everything that went down in it. Out of all the girls so far introduced into this series as a friend of the Merrick's, I worry about her the most as well. She too is so lost and lonely and confused.

This makes me very excited (and slightly nervous) to read Spirit. I can't wait. I am really loving this series.
Posted by Kindlemom at 12:00 AM