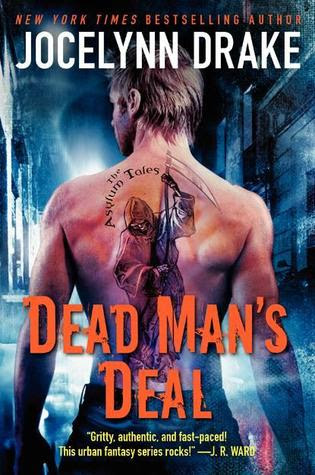 In a world where elves, faeries, trolls, werewolves, and vampires swim free in a sea of humanity, sometimes you need an edge. Looking for a little love? Need some luck? Desperate for revenge? Gage can give you what you need. The most talented tattoo artist in town, he knows the right symbol and the right mix of ingredients and ink to achieve your heart's desire. One tattoo is all it takes. But remember, everything has its price. . . .

Gage learned that lesson long ago, in ways he'd rather not remember. But the cruel and powerful wizards in the dreaded Ivory Towers he escaped aren't about to let him forget. Though Gage has managed to stay out of sight, he can't outrun the past forever.

The wizards know Gage is using forbidden magic, and they intend to punish him for his transgressions. Too bad if innocent humans and monsters-entire cities-get in the way. They will quell a nascent magical uprising and Gage will be the sacrifice they need. First, though, they have to find him . . .


I liked the first book in this series but I didn't love it. For some reason I never connected with Gage and that made it a little hard to really fall in love with it. But, I did like the plot and the writing and the fact that it was in Gage's POV. Especially since that is pretty rare in the Urban Fantasy genre right now.

Thankfully, this second installment blew me away. I loved everything about it. I connected with Gage better, I fell more in love with Trixie and Bronx, heck I even liked Gideon and Chang more.

I loved the way this flowed. We learn so much more about not only Gage's past but about the world he lives in (something I thought was slightly lacking in the first book), we get more info on the elusive Towers, the fey, elves, more about Sofie's past and even some new people and creatures I wasn't expecting. I have to say, I loved Gaia and the spin the story took with her appearance. The scene Gage had with her, or rather Squall, was super sweet and showed a side of Gage I fell in love with. His character and personality come out so much more in this one. His loving and protective side, two sides we didn't get as much of in the first book, was a huge improvement on how I viewed Gage and therefore I found myself connecting with him more.

There is a lot going on in this, really a war is starting to brew once again between the Towers and the rest of the world and once again Gage and his loved ones are caught right in the middle of it. The sacrifices Gage was willing to make to protect those he loved and the ones he did have to make, added so much depth to his character and the story as well. Gage was a strong character, he didn't always have the knowledge or the answers but he did what needed to be done without blinking twice about the consequences of those actions on him. Only one thing mattered to him throughout this book, to keep others safe and correct past wrongs.

There was a lot more action in this one and because of it a few bloody scenes that had me cringing a little at times but nothing overly dramatic or done up. All appropriate to the way the witches and warlocks are perceived in Gage's world.

Really this was a fabulous second book in the series and I am so glad I took a chance on it and read it, especially considering I was so up in the air about the first book and almost didn't want to bother with this one. I can definitely see myself continuing with this series now and really falling in love with it.
Posted by Kindlemom at 12:30 AM