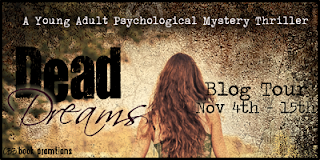 Book Description:
Eighteen-year-old Brie O’Mara has so much going for her: a loving family in the sidelines, an heiress for a roommate, and dreams that might just come true. Big dreams--of going to acting school, finishing college and making a name for herself. She is about to be the envy of everyone she knew. What more could she hope for? Except her dreams are about to lead her down the road to nightmares. Nightmares that could turn into a deadly reality.


My Thoughts and Review:
For some reason I went into this one thinking it was paranormal and after a few chapters realized that couldn't be right and finally read the synopsis again. To say I was thrilled to find out this was actually labeled as a psychological thriller/mystery is an understatement. It has been while since I have read a really good thriller and I was pretty excited about continuing with the story after that.

This kind of played out like a movie would in flashes. Not quite a before and after but close. Brie narrated the story from the very beginning as she looked back on the last months of her life. Of all that played out and lead up to the moment the story began, to the moment it all went to crap in a hand basket.

Of all that she ignored, those gut feelings she didn't pay attention to and the warnings and red flags going off like a tornado warning staring her right in the face. Her naivety, her innocence, her stupidity and most of all, the betrayal that took place as the story unfolded and the deception began.

If I had to describe this book in one word and one word only that one word would be intense.

Constantly on the edge of my seat wondering what else was going to go down. Who the bad guys were and what possible deception was unfolding and then later, just how many deceptions there were exactly and how many players played a role in it all.

This was nicely done and I can say with surety that I will read the next book because I have to know what happens next. Did Brie wise up? What about her brother, her father and most importantly what happened to her roommate?

The ending left you hanging and wanting to know more. I wish more would have been answered but I know why it wasn't, she has to leave something for the next book and I understand that but, I can't help wanting all the answers now. 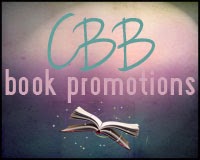 
For a complete view of the tour schedule please click HERE.
Posted by Kindlemom at 12:00 AM