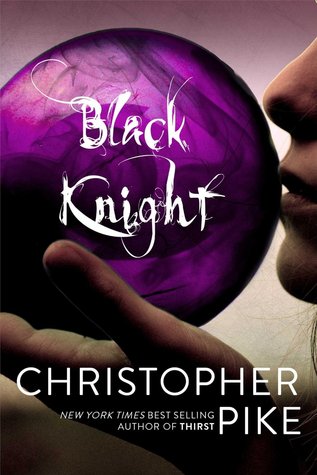 Turns out, discovering Witch World was just the beginning.

My teen years, like many, were filled with Pike's crazy and highly entertaining stories. How could I refuse a new release? Well it turns out I can't but maybe I should have.

Let me explain, I struggled with the first book, a lot. It was too detail oriented and felt very juvenile, yes I know these are for a younger audience than I happen to belong to but still, even for the characters being 18 and older it felt young, it read young.

Once again while this has classic Pike greatness, like the first book, it seemed to lack substance. Often falling into familiar overly used tropes such as insta-love, a love triangle and of course, lots of angst and drama.

While the whole concept of the book was fascinating with the parallel dimensions and the Witch World, this still lacked important details to the story and descriptions and details that didn't need to be there, making this almost 500 page story was too long.

The story lulled in spots and then in others went by so quickly you were left scratching your head wondering what in the heck just happened.

Don't get me wrong, this wasn't all bad, there were some great moments in the story, the arena especially but it just wasn't enough to truly wow me like I wanted to be wowed.

Sadly I think this is one series that just wasn't for me.