Blog Tour Book Review: You Were Mine by Abbi Glines

So very excited to once again be a part of the tour for the Rosemary Beach series, this is a fabulous series and it seems like the books just get better and better as it goes. 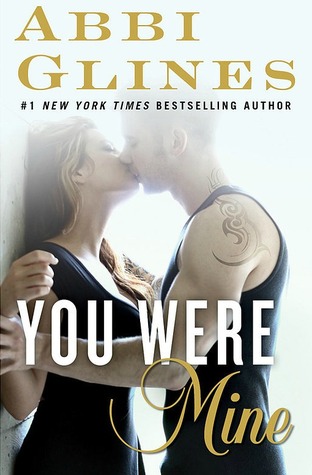 In the eyes of the wealthy playboys who frequent Kerrington Country Club in Rosemary Beach, Tripp Newark is a hero. Under pressure from his parents to become a lawyer and lead a conservative, upper-class life, Tripp disappeared from town five years ago to travel the world, forfeiting the opportunity to inherit millions. Yet few know what he was really running from...


Bethy Lowry was unraveling long before her boyfriend drowned in a riptide trying to save her after she'd had one too many drinks--again. A trailer park kid working as a cart girl among the wealthy patrons of Kerrington Country Club, Bethy has always been impressionable. But five years ago, before she earned her reputation as a hard-drinking, easy girl, she had spent a single summer with Tripp Newark that changed her life forever...


When Abbi isn’t locked away in her office typing away she is hauling her kids to and from their many social activities. You could say her second job is the Glines Kids personal chauffeur. It’s a rather illustrious job.

It feels like I have been waiting forever for Tripp and Bethy's story and when I saw that it was to be the next in the Rosemary Beach series, I jumped at the chance.

Finally, I would get the background info and the full story of what happened to Jace, never mind what in the world happened between Tripp and Bethy.

And oh boy did I get it.

I think this might every well be my most favorite book in the series yet. I loved it, I devoured it, and I was left feeling complete when it was done.

Tripp was amazing and I wanted to reach through the pages and squeeze him tight and tell him not to give up and to go after what he wanted, what he deserved.

This was the perfect length with the perfect amount of hot steamy moments and sweet tender moments.


Once again Glines has wowed me with her ability to create a love story worth swooning over and thinking about long after you have put it down.