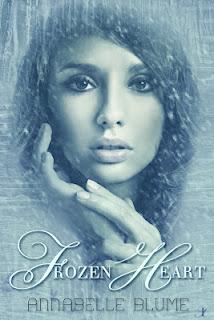 A decade surviving on her own. Three days with the enemy. Can love conquer all?

Cressenda knows how to survive. With her sled dogs as her only companions, she’s spent the past ten years hiding in the snow covered wilderness from the oppressive regime of the Affinity. When a routine trip to civilization takes a turn for the worst, Cressenda is forced to take refuge with the enemy or lose her life to the frozen countryside.

But Beckett, a Guard of the Affinity, is more than a man in uniform. His desperate need to help Cressenda escape both the blizzard and the Affinity, makes her feelings for him all the more troubling. Will Beckett be true to his word and set Cressenda free? Will her heart let her leave after all they’ve shared? 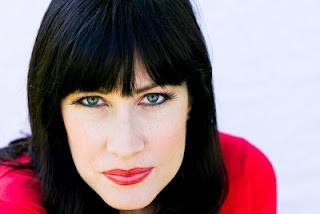 Annabelle is a Science Fiction and Urban Fantasy Romance author, that is, when she's not checking homework or begrudgingly cooking dinner. Wife, mother, and creator of alternate worlds, Annabelle has a penchant for that which is outside the norm.

Her Sociology degree did nothing to progress her writing skills, but has given her the ability to construct worlds that exist only in her head and translate them passionately to the page. The time spent studying individuals, interpersonal relationships, and particularly, women, within the constraints of our society led to Annabelle's unabashed ability to talk about sex as it fits into our modern lives.

She's also the author/personality of The Bombshell Mommy at Vitacost.com, where she expounds her knowledge of being a vixen clad in sweatpants.

Hey, thanks for having me on your blog today! Anyone who follows me on Twitter knows I’m an unabashed Maroon 5 fan. What most people don’t know is that my Maroon 5 obsession was born out of my experience writing Frozen Heart.

I need to write to music. At least, any time I’m writing fiction, I need music. A single song on repeat is my usual approach to getting through a scene, or maybe even an entire chapter. It helps me not only stay in the feel of the scene but also helps me lose track of time and just be in the moment. There’s a point where I can’t tell if I’ve been writing for two minutes or two hours. And that is the most beautiful moment for me.

Writing the opening scene for Frozen Heart, I sat on my couch and scrolled through the music on my phone. I needed something that felt solitary, aggressive, but with an underlying tone of being trapped. Harder to Breath by Maroon 5 was perfect. I had never been a big fan of Maroon 5. I knew some of their songs and obviously some of it was in my vast collection of music, but I’d never really been “into” them. As it turned out, the majority of the Songs About Jane album fit perfectly with the feel of Frozen Heart, and I proceeded to write the entire book wrapped up in the world of Maroon 5.

I’ve created a list of the chapters in Frozen Heart and the songs that provided inspiration for them. Not all of them are Maroon 5, but most. Enjoy!

Ch2 A Fair Trade - This Love by Maroon 5

Ch3 The Arrival - She Will Be Loved by Maroon 5

Ch5 Inside These Walls - The Sun by Maroon 5

Ch9 Finding Each Other - Secret by Maroon 5

This was a very different dystopian about a world that is no longer warm and bright but instead frozen and almost colorless.

Cressenda's world is in an ice age and the human and animal population are almost extinct. No longer do people get married for love but rather they are Matched based on their genetic abilities to bring strong healthy offspring into the world.

Those who wished to escape the fate of being in a loveless life ruled by the Affinity are known as Outliers and they must face the harsh cold world on their own in the tundra. If they are caught they are imprisoned in camps.

Cressenda has been on the run for more than 10 years when she meets a soldier of the Affinity who helps her from being caught by other soldiers and when their two lives are thrown together, everything changes.

Although this was a pretty short read it was a fun one. I really enjoyed the world that Blume created, it wasn't all harsh and cold as it first appeared. Love still existed and was very much real.

I love the whole love conquers all theme.

Overall this was a fun read with some steamy romance scenes.

a Rafflecopter giveaway
Posted by Kindlemom at 4:00 AM