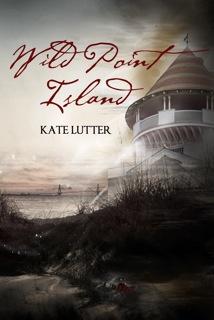 Banished from Wild Point Island as a child, Ella Pattenson, a half human-half revenant, has managed to hide her true identity as a descendent of the Lost Colony of Roanoke.  Thought to have perished, the settlers survived but were transformed into revenants--immortal beings who live forever as long as they remain on the island.

Now, Ella must return to the place of her birth to rescue her father from imprisonment and a soon to be unspeakable death.  Her only hope is to trust a seductive revenant who seems to have ties to the corrupt High Council.  Simon Viccars is sexy and like no man she’s ever met. But he’s been trapped on the island for 400 years and is willing to do almost anything for his freedom.

With the forces of the island conspiring against her, Ella  must risk her father, her heart, and her life on love. 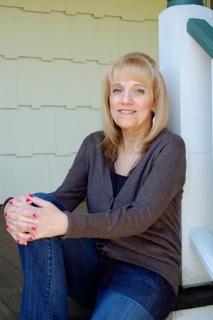 
As a newly published author, I’m looking to expand my Email list.  (This list is never given or sold to anyone else. I use it only to announce release information of my books.)  So, if you’re willing to share your name and email address and answer the contest question, you could win a free copy
of Wild Point Island!


Contest Question:  What’s the name of your favorite novel?   Explain why in 25 words or less.


(For me, Wuthering Heights.  I love the hauntingly intense aspect of the relationship between Heathcliff and Catherine.)


The synopsis of this one completely piqued my interest. It sounded completely unique and one of a kind that I knew I just needed to try it.

And this was just that. Unique, unusual, and completely different. This one kept me wondering from the very first chapter.

At times I found myself slightly confused though about what exactly was going on, I am not sure if that is because the story and what being a Revenant meant unfolded as the story went or if it was because all through the story you just never knew who to trust. It was never clear who the good guys were and who the bad guys were and who just walked that very fine line between them both.

This was an unusual story that kept me guessing and I have to love it for that alone because truly, a story that isn't predictable and will keep you on your toes is sometimes few and far between in the novel world.

And even though I had to scratch my head and go “huh” at times and reread passages to make sure I didn't miss anything, this story was compelling and it kelp me turning the pages trying to guess what was going to happen next.

The mystery behind the people and the good guys versus the bad guys really was cleverly done. And while I never felt that connection to any of the characters that I like to have, I did find myself caring about them and wanting to know more about them.

Overall I would say this was a fun read that will keep you guessing and give you something new and interesting to read in the paranormal genre that hasn't really been done before.