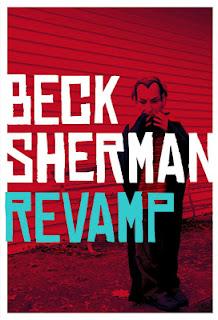 FOR THREE DAYS, IT WAS DARK.

News reporters scrambled. This was the biggest story to come along in weeks.

They called it a blackout.

The last one was in New York City in 2003, but this one was different, special, because the grids in six major cities across the country had been fried, kaput, see-you-next-Sunday. Everyone with some jurisdiction blamed each other, and when there was no one left to blame, terrorism rode in on its gallant steed.

It was the media’s fault. They were so busy stuffing fanatical Muslims with a penchant for Allah and decapitations down the American citizen’s throat, that they never saw it coming. I guess I shouldn’t be too hard on them.

They were partially right.

It was terror after all, but a whole new kind. And when the lights came back on, things had changed.

The dark had brought us visitors.

Beck Sherman was born and raised in Massachusetts, studied undergrad at Syracuse University, has a master’s degree in photojournalism from the University of Westminster, London, and when not writing, enjoys exploring abandoned insane asylums and photo-documenting the things that go bump in the night, when they’re kind enough to pose.