The Kiss Off Blog Tour and Author Interview! 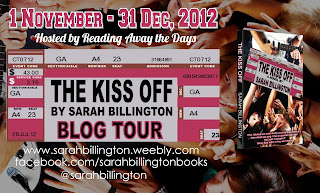 Title: The Kiss Off


Synopsis:
When sixteen year old Poppy Douglas writes a song about her ex-boyfriend Cam and ex-friend Nikki, she has no idea that her heartbreak is about to go global.

A local band picks up her song from Youtube and soon she’s along for the ride with her own fanbase as they blow up on the local club scene and hit the international charts. Though it turns out leaving Cam behind isn’t as easy as she had hoped.

Tangled in a web of unfinished homework, ill-considered sexting and a new lead-singer boyfriend, Poppy has a choice to make between the ex that inspired it all and the rock God whose poster lines the inside of half the lockers at school. But as she struggles to keep her emotional dirty laundry private, she learns that the truth can be hard to find when your life is in the headlines. 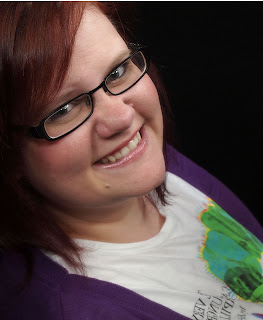 Sarah Billington is an Australian writer and editor who likes to write stories with love, laughs, suspense and zombies. Sometimes all in the same story.

She writes predominantly light Young Adult fiction under her name, Sarah Billington, but if you're interested in something a bit darker and scarier you could try out her other persona, Edwina Ray's writing. Edwina Ray is an Amazon best selling author. This makes Sarah Billington very jealous.

Sarah loves a variety of random things, which include Swing Dancing, Ice Hockey, Roller Derby and is a bit obsessive about paranormal investigation shows and channel E!. She has also become known as "the zombie girl" because of her fascination with all things zombie. She doesn't quite know how that happened, but she's going with it.

MGO: In 20 words or less tell us why this book rocks and we should give it a try?
Sarah: If you're looking for a laugh-out-loud contemporary in which an opinionated, act-first-think-later type teen girl flounders with sudden superstardom then-.
That's 20 words.


MGO: So be honest, when you were younger (or heck even now!) did you ever want to be a rock star?

Sarah: Nah, I'm not musically inclined. Meaning it feels really weird for me to have an instrument in my hand. I always wanted to be an author, though. However, I DID want to learn to play the drums. But when I actually started learning, I felt really bad for practicing. Because those things are loud. And I had neighbours.
Rockstardom was never in my blood, how about you? :)


MGO: Are the main characters based off of people you know in real life?

Sarah: I don't base CHARACTERS on people I know, but I do base personality quirks and events that happen on people I know. And sometimes me. Like the thing that happens with Vanya on the bus, where her backpack gets caught in the doors? Happened to me. But it was my foot, not my school bus. And I was outside the bus, not inside. When the bus started moving, well it wasn't as funny as I tried to make it in the book. Cam's story about what happened in the house fire - that's what really happened to a friend of mine. Punch in the face, choice between saving the dog or the XBox and everything. Real life can be just as wacky as fiction sometimes.


MGO: How did you come up with the idea of The Kiss Off?

Sarah: It actually started out as a subplot to a very different book. Poppy was a blogger, and a very opinionated one at that, and she wrote about the people at her school. And then everyone at school started reading it, and asking for her (very bad) advice. And she wrote a snarky song about her ex and then received an email from a local band who also read the blog. That's where ideas for what became The Kiss Off really sparked. Ty and Academy of Lies were just a sidenote to the story of Poppy and Cam, the cheater, and Nikki the ho-bag backstabbing bestie.


MGO: Who was the rock star (or movie star) that lined your bedroom walls growing up?

Sarah: I was a Hanson fan. I was in year 7 (12-13 years old) when they first appeared on the scene and girls the world over went crazy for them. There was a radio competition when they came to Australia, and if you called the station and got through during a specific song, they called back one entrant per night and they won a trip to Sydney to see Hanson perform live on a ferry in the harbour. A friend and I made a pact: If she got through, she'd take me, if I got through, I'd take her. I FREAKING GOT THROUGH. Apparently she'd been banned from listening to the radio that night and was supposed to be asleep when she heard them call me back that night. She screamed so loud her dad thought there was an intruder. Her father would NOT let me talk to her that night, even though I was very polite. So we went off to Sydney - on a SCHOOL DAY - with about 50 other girls from across the country and attended a concert on a boat. We were like heroes when we got back to school on Monday.
But you didn't ask about all of that, did you. Long story short - Hanson were my poster boys when I was growing up. After that came movie posters because I worked at a video store and movie posters ROCK. Not so much when they fall on your head in the middle of the night though.

MGO: What are you currently working on? Will there be a sequel to The Kiss Off?
Sarah: There WILL be a sequel to The Kiss Off! It's set at a summer music festival. There will be drama and shenanigans and misunderstandings. I'm halfway through it, but am taking a break for a couple of months from writing as it's been a pretty humongous year and I need to chill for a bit over the Summer. I also have a zombie novel called Dark Zones which I'm pretty jazzed about. It's set in rural Victoria (here in Australia) and the city of Melbourne as well.
MGO: Thank you so much for being here today Sarah and letting us get to know you a little better!!