There Comes a Prophey Blog Tour, Guest Post and Giveaway!

Synopsis:
Who among us will cast aside a comfortable existence and risk death to follow a dream?

A world kept peaceful for a thousand years by the magic of the ruling vicars. But a threat lurks from a violent past. Wizards from the darkness have hidden their sorcery in a place called the keep and left a trail of clues that have never been solved.

Nathaniel has grown up longing for more but unwilling to challenge the vicars. Until his friend Thomas is taken for a teaching, the mysterious coming-of-age ritual. Thomas returns but with his dreams ripped away. When Orah is taken next, Nathaniel tries to rescue her and ends up in the prisons of Temple City. There he meets the first keeper of the ancient clues. But when he seeks the keep, what he finds is not magic at all.

If he reveals the truth, the words of the book of light might come to pass:

“If there comes among you a prophet saying ‘Let us return to the darkness,’ you shall stone him, because he has sought to thrust you away from the light.” 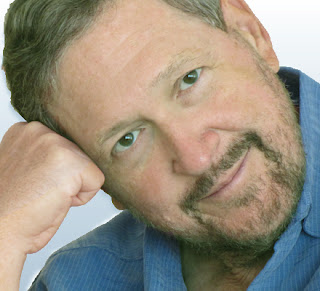 The urge to write first struck when working on a newsletter at a youth encampment in the woods of northern Maine. It may have been the night when lightning flashed at sunset followed by northern lights rippling after dark. Or maybe it was the newsletter's editor, a girl with eyes the color of the ocean. But he was inspired to write about the blurry line between reality and the fantastic.

Using two fingers and lots of white-out, he religiously typed five pages a day throughout college and well into his twenties. Then life intervened. He paused to raise two sons and pursue a career, in the process becoming a well-known entrepreneur in the software industry, founding several successful companies. When he found time again to daydream, the urge to write returned. There Comes a Prophet is his first novel in this new stage of life.

David and his wife split their time between Cape Cod, Florida and anywhere else that catches their fancy. He no longer limits himself to five pages a day and is thankful every keystroke for the invention of the word processor.


Why genres exist and what do they say about us?
Did you ever stand in an art gallery, look at a painting and think,” it’s a girl squatting beside a bird’s nest.” Then the guy next to you says, “It’s a man walking a dog.” The two of you step closer to see who’s right, and the illusion dissolves into brushstrokes.
Books are like that. Why should a bunch of letters crawling across a page evoke so much emotion? “I loved that book. It changed my life.” Or “I couldn’t stand it.”
The reason? A novel is a partnership between the writer and the reader. The writer tosses out a few details, a dicey situation and a compelling character. The reader fills in enough to suspend their disbelief and accept what they’re reading as real. How they feel about a character depends on what their imagination has added to the words on the page. Every reader brings to the table all their biases, good and bad, to create a story uniquely their own. That’s why no two readers’ perception of a book is the same.
So why genres? Genres give us a convenient tag to place on a story, a marker that tells us whether the partnership is likely to work or not. They help readers find what they want.
Does that mean we should be restricted to our chosen genres? Not at all. In fact, many best sellers are read far beyond their selected devotees. A Publisher’s Weekly survey recently found that 55% of YA books are bought by adults.
YA Fantasy? How many of us have caught Grandpa George with his nose in Harry Potter? Teens in a burnt out dystopia, scrabbling for food? How many of us have seen Great Aunt Agnes reading The Hunger Games?
Why? Because any genre will evoke powerful emotions if the characters are well drawn and believable, the writing strong, the premise and plot compelling. And if these are wrapped in universal themes, the book will grab your heart.
Fans of dystopian fiction like a story about a world gone awry where a character fights to survive. But what if the author adds to that character the longing to be loved or accepted as he or she struggles to find the line between right and wrong? And what if through all their pain, they learn that some things are worth dying for?
Then you have a good story, well told. And that will always transcend genre. 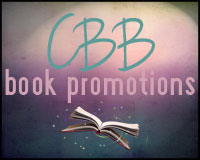