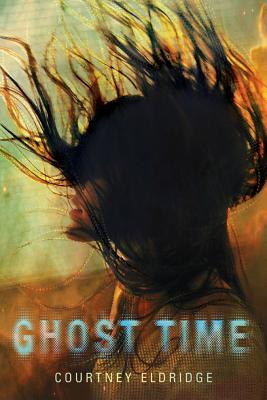 
Book Description:
Thea Denny hates the tenth grade, and her home life isn't easy. But she's passionate about making art — and about her math-genius boyfriend, Cam, a recent transfer to her upstate New York high school from California. One day Cam mysteriously vanishes — and then things really get weird. The stars on the school flag go missing, eerily cut out. Intimate videos of Cam and Thea start going viral online — videos they never took. The FBI gets involved. And Thea can hear the voice of Melody, a beautiful, disabled girl her age, whose illness has left her mute since birth. Cam once claimed to be the world's foremost hacker. . . . Is he trying to reach her, send her a sign — or is Thea losing her mind?


My Thoughts and Review:
I had such high hopes for this one based off of the premises that that very well may have been where I went wrong with this one. I loved the cover, I loved the sound of it and I was excited to read something different and slightly conspiracy theory creepy good.

What I wasn't expecting was the style of writing I received when opening the pages. I admit, I tolerate a lot in the YA genre, the drama, the immaturity, the love triangles and even the come here push away relationships that so many of them seem to have, but the valley girl 'like” dialogue and writing in this one just about did me in. I have never been a fan of the writing style and I sadly never will be.

I wanted to love this though and the other positive reviews made me so curious as to what I was missing by the distracting dialogue that I decided to push though even though at times it was pretty excruciating for me.

And I have to admit, the concept and idea behind Ghost Time was pretty original. It was very unlike anything I can honestly say I have read before and I am so SO glad I didn't give up on this one because it really did grow on me, Thea grew on me, valley girl talk and all.

I admit, I wasn't thrilled about their age difference or all their extra curricular activities but their love for one another was pretty darn realistic. The way they showed and shared everything was pretty great. It truly was like they were soul mates.

There is a lot going on in this book and yet very little at the same time. Secrets and clues are slowly revealed through the flashes of Cam and Thea's relationship weeks and sometimes months after Cam's very mysterious disappearance. Always alluding to where Cam is and yet, you never know for sure what is real and what just might be the rantings and ravings of a very broken girl.

Really it is brilliantly done, craftily done. I couldn't help but get sucked right into the story and after awhile I was seriously contemplating on whether or not Thea was slightly crazy or whether so much more was really happening. I was pretty eager to find out exactly which it was and was consistently surprised by how all the foreshadowing of the “before” transpired in the “after”.

Even though Thea comes off at times and immature and very much the fifteen year old that she is, there are some pretty great, pretty deep moments and thoughts in this as well. I wanted to write down a lot of them, something I don't normally do but honestly, there were too many too keep up with but I did manage to snag a few.

This isn't just a love story or even a mystery, it is so much more. Twists and turns, secrets, lies and betrayal. People not always being who we think they are, not always being how they appear on the outside, good or bad.

But the ending, the ending left me feeling sad and a little confused. Nothing was completely explained and you were sort of left to believe whatever you wanted to believe. You were left to draw your own conclusions about it all, from the very beginning and I am not so sure that after all of that build up...that that was all we got.

I really don't know how to rate this one. Do I give it a 4 because it did captivate me or do a give it a 2 because I feel so very disappointed with the ending? So...neutral 3 it is.

*All opinions are my own and were not influenced by the author or publisher. I was in no way compensated for this review*