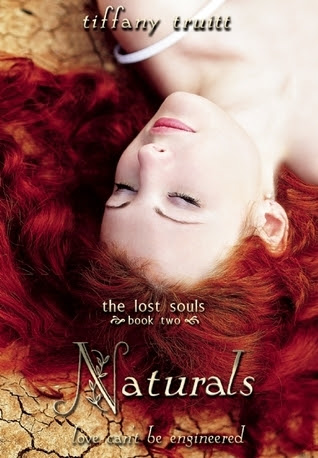 Book Description:
Tess is finally safe from the reach of the Council, now that she is living in the Middlelands with the rebel Isolationists. With James having returned to Templeton, she easily falls back into her friendship with Henry, though her newfound knowledge of Robert’s chosen one status still stings. Even surrounded by people, Tess has never felt more alone. So she’s thrilled when James returns to the settlement, demanding to see Tess — until she finds out that it’s because her sister, Louisa, has been recruited into Tess’s old position at Templeton, and that the dangerously sadistic chosen one George has taken an interest in her.

This takes place just two days after the first ended. Tess, Robert and Henry as well as their guides are still traveling through the woods to their new home. I was happy to see that Tess isn't wallowing in having to say goodbye to James, but instead set on becoming that girl she has finally discovered. That inner strength still there that she didn't even know she possessed.

I don't want to go into too much detail but I will say that this book was full of really wonderful characters, all of them flawed in one way or another and yet, all of them perfect too, well not perfect per se but perfect for the story and perfect for Tess, Henry, Robert, James, Lockwood, Eric, Susan, McNair, I really enjoyed all of them, warts and all, in fact I enjoyed this whole story and completely devoured it. I dare say I loved it more than the first.

*All opinions are my own and were not influenced by the author or publisher. I was in no way compensated for this review*